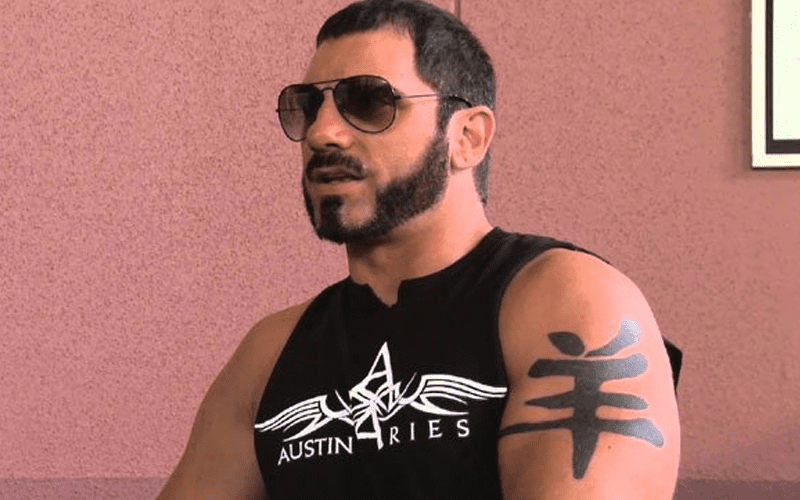 Austin Aries was backstage at AEW Dynamite this week. He came with DDP, but he wasn’t there for pro wrestling reasons.

Bodyslam.net reported that Aries showed up with DDP to try and sell AEW on the idea of working with a stem cell company. Aries didn’t appreciate this report, so he fired off an email to Bodyslam owner Cassidy Haynes saying:

“I work for BioX. I did have meetings about partnerships and collaborations with both DDP and DDPY Brand as well as AEW.”

It was further noted on Fightful Select that they have confirmed with multiple AEW sources that Aries was backstage for stem cell related reasons.

Bodyslam.net continued their report by explaining that they have been told that Aries is a “compulsive liar” and “always working.” It was also reported that some people on the indies have been “shocked” that A Double actually showed up and did business with them.

It is no secret in the wrestling world that Austin Aries has been notoriously hard to work with in the past, as well as being called a “compulsive liar”. Additionally numerous independent wrestling promotions that I have spoken to have been “shocked” in the past “when he actually did business.” Sources have also stated to me that Aries is “always working.”

It was not reported whether AEW is interested in stem cell treatments. It is a very beneficial form of physical therapy and plenty of pro wrestlers have touted the benefits of the procedure.