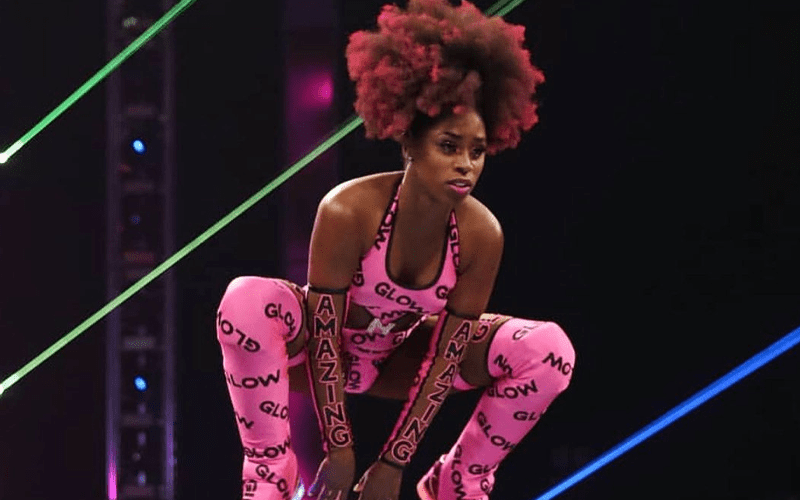 Naomi represents the African American community proudly as a former two-time WWE SmackDown Women’s Champion. She is The Glow, but that doesn’t mean she’s immune to society’s problems.

While speaking with Women’s Wrestling Weekly, Naomi discussed some issues she’s had in the past when it comes to race. She has been admittedly lucky with an amazing career so far. That doesn’t mean she hasn’t witnessed anything during her time in the business.

“I’ve been treated, overall, very well. I can’t complain and I feel like I’ve had an amazing career. However, I do know that there are some struggles and things that I’ve had to experience and go through because I am black and I was different at the time I came in. At the time, the prototype and what was, was not me.”

“The face was Kelly Kelly at the time. She’s stunning, gorgeous. Now, there’s so much diversity. At the time I came in, there were struggles, there were ‘talk to’s’ and me being pulled to the side to talk about my look and ways I was carrying myself. And I feel like that had everything to do with me being black. But I’ve seen so many changes I’ve seen so much growth in the company. A lot of those people that were saying things to me that weren’t right or inappropriate are no longer here. I definitely had some struggles but I feel like going through that helped me find myself. At the time, I felt I had to do what I had to do to stay around and be featured. And it got me to where I am now.”

Naomi is in line for a #1 contender’s match this week on SmackDown. She is also on the books to face Bayley for the SmackDown Women’s Title at WrestleMania. We’ll have to see what’s next for Naomi, but she will continue being herself and not paying any mind to those who can’t handle her Glow.