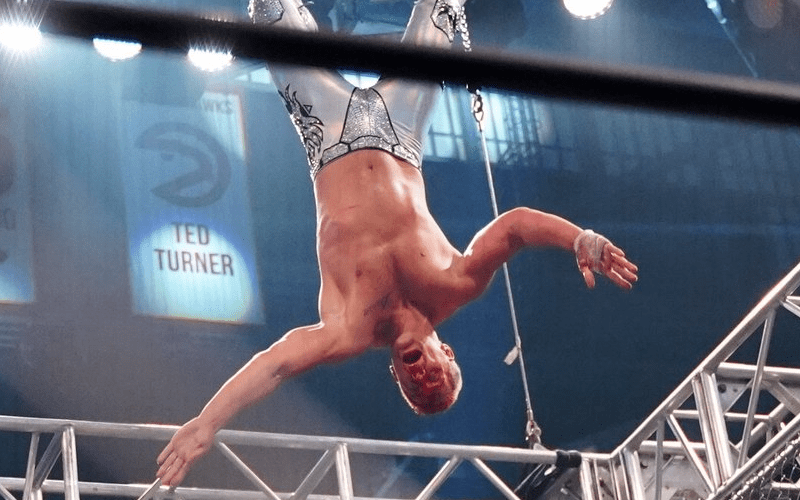 Cody Rhodes ended the first-ever episode of Dynamite in Atlanta, Georgia by jumping from the steel cage. He paid the price for it.

Rhodes is injured, but he’s still cleared to compete. Nothing is going to keep him from wrestling MJF at AEW Revolution on February 29th, but he might be in a lot of pain.

The American Nightmare updated fans to let them know that he hurt his toe while taking that insane dive. He will still be able to wrestle if he guts through the pain. AEW later confirmed the injury.

Due to Cody’s foot hitting the mat after landing the moonsault, he has a: Non-displaced fracture of distal phalanx R great toe.

His status: Cleared for action as tolerated.

The American Nightmare has been through worse pain before. Hopefully, he’ll be able to rest up in preparation for his big match at AEW Revolution.