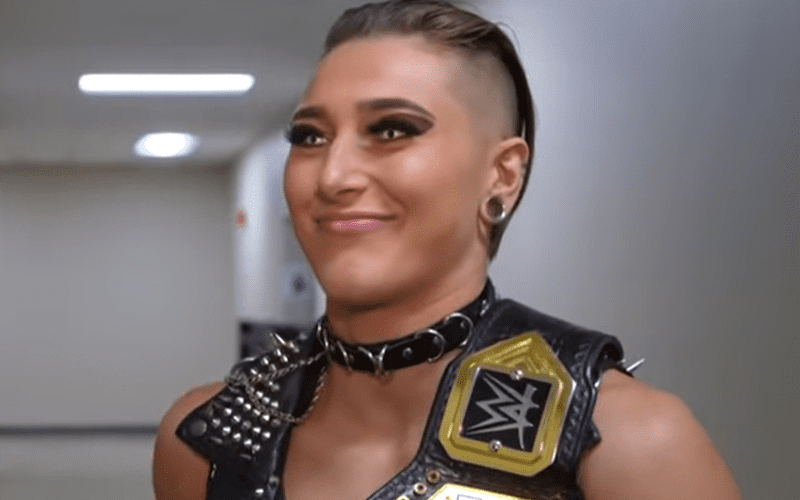 Rhea Ripley is set for the biggest match of her career at WrestleMania 36. She will defend the WWE NXT Women’s Title against Charlotte Flair in a dream match at the show of shows.

Ripley tweeted out a few candid messages to give fans an idea of what is going through her mind at a time like this when such a big match is on the horizon.

I didn’t scratch, claw, and fall down as many times as you did to gain respect?! ARE YOU KIDDING ME?!
I’ve made my name from absolutely nothing.
I didn’t get my WWE contract handed to me on a golden platter because of my last name!

Charlotte Flair read this tweet and replied saying: “Sweetie, that’s your problem. You’re delusional enough to believe that you’ve ‘made your name.'”

The NXT Women’s Champion didn’t let that reply from The Queen sit around for long. She soon sent a message back about how much of a “no name” she has in WWE.

So… What you’re saying is that a no named so and so went toe to toe with yourself and Sasha Banks, pinned the self proclaimed “Queen” of WWE for a victory, and then went on to win the women’s Survivor Series match.
Says a lot about you then…

Charlotte Flair fired back saying: “‘Stood toe to toe’ looks an awful lot like rolling up a crucifix from behind while the grownups were wrestling.” Then she sarcastically congratulated Ripley on her achievement.

Rhea Ripley replied with two more tweets to address Charlotte Flair. She almost quit on “multiple occasions,” but that’s not what Ripley is all about. Ripley went on to say that she is humble, but she also knows how good she is.

I’ve nearly quit on multiple occasions… But then I remind myself, that I am not a quitter!…
I have worked 7 and a half years to be where I am now and I refuse to stand down to anyone.

Being humble isn’t the problem, I am humble, but I also know how dam good I am and what respect I and @WWENXT deserve!
Come #WrestleMania36 I have no problem reminding you of where you came from.

There are still several weeks of build for Charlotte Flair and Rhea Ripley before WrestleMania rolls around. We could be in for a very intense match as both women are looking to prove a lot in Tampa.