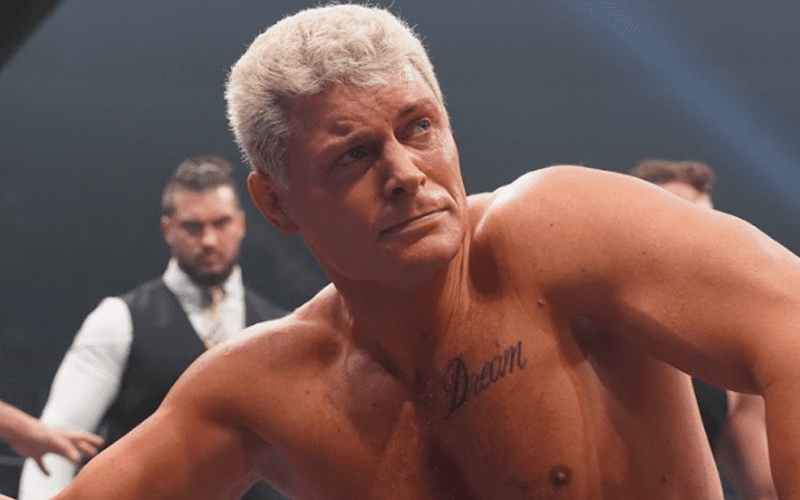 AEW started off with four pro wrestling in executive positions. Becoming an Executive Vice President of All Elite Wrestling changed a bit more for Cody Rhodes than he first thought.

During the media teleconference, Cody Rhodes discussed the change in dynamic since becoming a part of management. He still wants a connection with the roster and does everything he can to make sure that communication remains open. He still feels as is treated differently now.

“I’ve learned that being on the other side of management is unique. You feel like a talent, you feel like a wrestler, but people talk to you differently and the boys and girls treat you differently and I wanna be a leader in the best way that I possibly can. I want to be honest with everybody. I want to community with everybody. I try every week to text everyone on the roster, or at least everyone who I have their number. I try to keep a very open communication with all because I think that’s important.”

AEW has plenty of plans and Cody Rhodes will likely be in the center of that direction. It can sometimes be strange to let your guard down around a boss, no matter who he is. Obviously the AEW roster realizes Cody’s status changed significantly once AEW opened their doors.