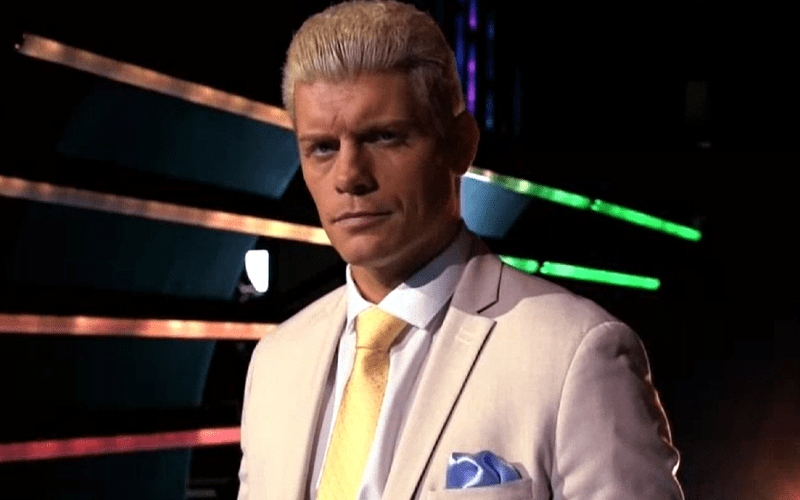 AEW Dynamite competes with WWE NXT every week on Wednesday nights. Cody Rhodes is confident that AEW would do well on Monday nights as well.

While speaking to 11Alive, Cody Rhodes said he would like to have All Elite Wrestling’s Dynamite show off of Wednesdays within the next five years. He went on to say that he loves Wednesdays, but there is a lot more ground to cover and he is very sure of AEW’s ability to step up on Monday nights.

“I would like the company, in five years, to be on a different night and competing in the same fashion they are. Not that I don’t love Wednesday nights, but I can tell we have real players and I look at this data. We’re not lying about the revolution anymore. It’s very supported. I would love to see how it does on another night of the week.”

“In five years, who knows. If we had a random storm situation or something popped up and we had to put Dynamite on a Monday night, if that was to happen in this current threshold, I’d still be very confident in what we can do. And I’d be confident that our guys would be up for the challenge.”

AEW moving to Monday nights could be a huge deal. It might also be a very bad things for All Elite Wrestling to go head-to-head against Monday Night RAW.

You never know what can happen in the pro wrestling business. Things look vastly different from what they looked like 10 months ago. We can’t imagine how different things will be in half a decade.