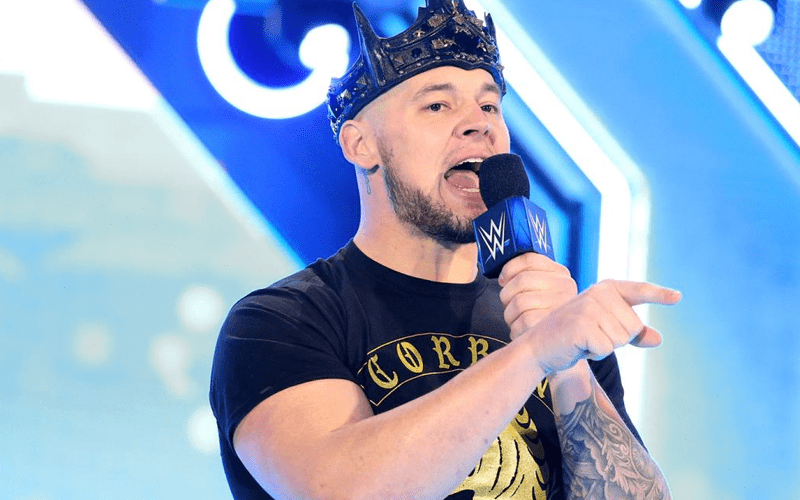 King Corbin is not the most gracious ruler. Sometimes he treats his subjects badly and one stunt he pulled last week caught up to him.

Corbin dumped a beverage over a fan’s head during WWE Friday Night SmackDown last week. Now WWE is taking charge of the matter. The company announced that Corbin has received a “heavy fine” and he is not allowed to compete this week.

Per WWE Management, due to unprofessional conduct displayed by WWE Superstar King Corbin last Friday night on #SmackDown, King Corbin has received a heavy fine and has been barred from competing on SmackDown this week.

That fan from last week was a plant. Click here to find out who it was.

This is a storyline and part of the show. King Corbin likely wasn’t fined at all. It still might explain why he’s not competing tonight. We’ll just have to tune in and see WWE’s direction for this situation.