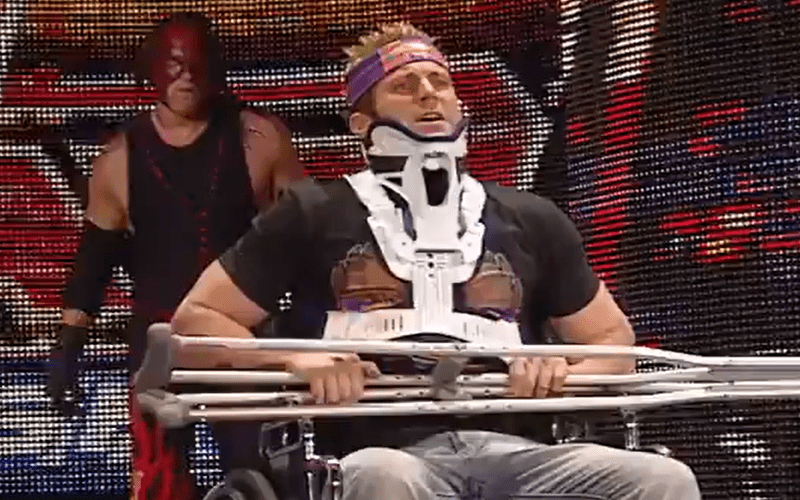 WWE History has plenty of moments that fans will never forget. Zack Ryder can probably think of at least one segment that he wishes the company would never bring up again.

8 years ago today Zack Ryder took a ride off the side of the stage in a wheelchair thanks to Kane. This moment of heartbreak was remembered by a tweet from the WWE Network because they’re all about nostalgia.

Zack Ryder saw this tweet from WWE Network and he didn’t understand why they would want to remember that Valentine’s Day event.

Zack Ryder is still with WWE, but fans don’t see much of him unless he’s figure hunting on YouTube. At least WWE is keeping his name out there by sharing this tweet, but Long Island Iced Z would probably argue that there are better ways to remember his contributions to WWE history.