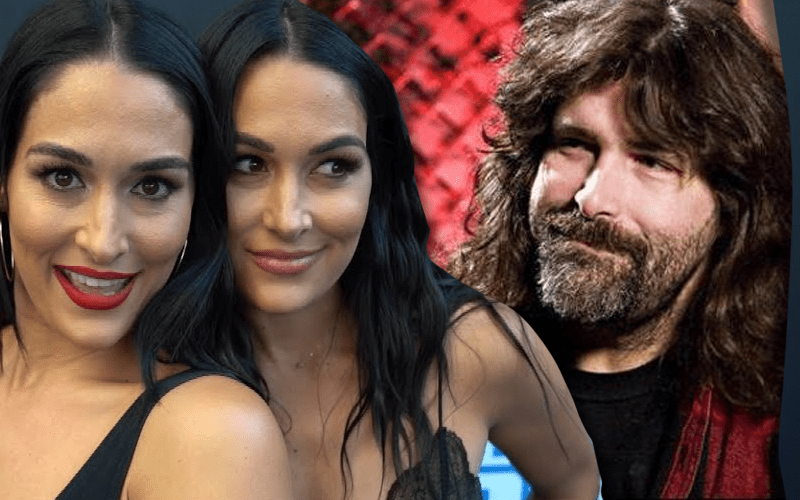 The 2020 WWE Hall Of Fame is reportedly going to include The Bella Twins and Jushin “Thunder” Liger. These are interesting choices, but Vince McMahon has always done things his way.

Mick Foley heard the report about the Bellas going into the HOF. He sent out a glowing tweet praising Nikki and Brie Bella and their how deserving they are of the Hall Of Fame induction.

I believe @BellaTwins are very deserving inductees into the #WWEHOF
Great athletes, excellent attitudes, mainstays in the Divas division for years before the women’s revolution – and were tireless ambassadors for @WWE well before @TotalDivas brought them mainstream attention.

WWE has not officially announced the Bella Twins or Jushin “Thunder” Liger for the 2020 WWE Hall Of Fame yet. We’ll be awaiting to see who gets announced and when WWE gets around to doing it.