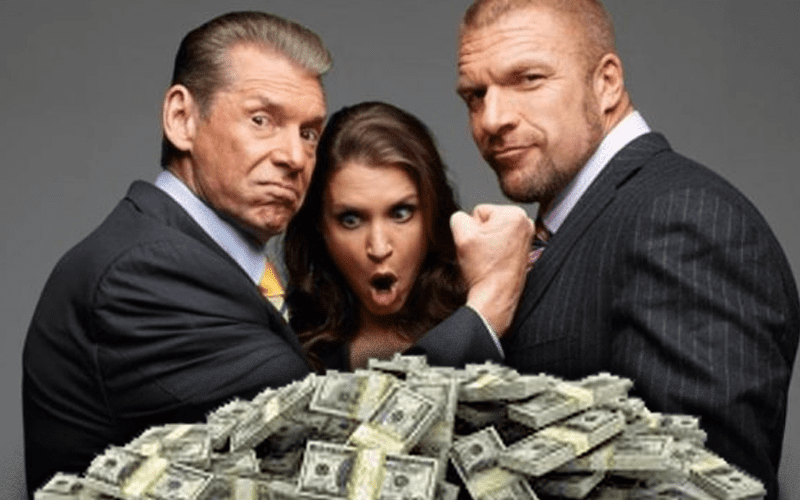 WWE stock took a huge tumble in price when Co-Presidents Michelle Wilson and George Barrios were dismissed. There were some conflicts in the vision for the company and Vince McMahon wanted to run things as he sees fit.

Although WWE stock price might have taken a nosedive, executives still got bonuses. PW Insider reports that according to recent SEC filings, WWE executives received some nice bonuses in the form of company stock.

You can check out the numbers below to see who received how much stock.

WWE Stock is at $42.05 as of this writing. That means Vince McMahon racked in around $524,000. Others received less because they got smaller bonuses, but you can do the math.