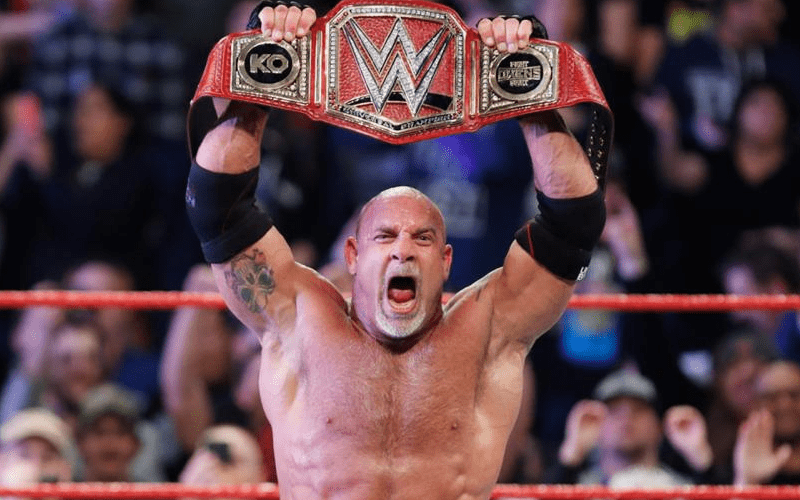 Bray Wyatt was off WWE television for nearly a year before he returned with his Firefly Fun House gimmick. It was the hottest angle for months, but now The Fiend might fall to Goldberg’s nostalgia money.

During Wrestling Observer Radio, Dave Meltzer explained why WWE might put the WWE Universal Title on Goldberg. His name will mean more at WrestleMania. He also neglected to mention that WWE has given the same title to Goldberg when he defeated a red-hot Kevin Owens as a lead-in to WrestleMania in Orlando.

WWE might find themselves in another instance where short-sighted booking will end with a great profit. Then they have nowhere else to go after that.

Meltzer did say that he thinks Wyatt will win at the Super ShowDown, but Goldberg is certainly the more marketable WrestleMania match. As of a week ago Roman Reigns vs Bray Wyatt is still Vince McMahon’s match at WrestleMania, but he can always change his mind.

We’ll have to see how The Fiend vs Goldberg plays out in Saudi Arabia. Wyatt did win the title in Saudi Arabia so it makes sense that he could drop it on his return trip. WrestleMania might feature the spear vs the spear as Goldberg and Roman Reigns collide. We’ll just have to see what Vince McMahon decides to do.