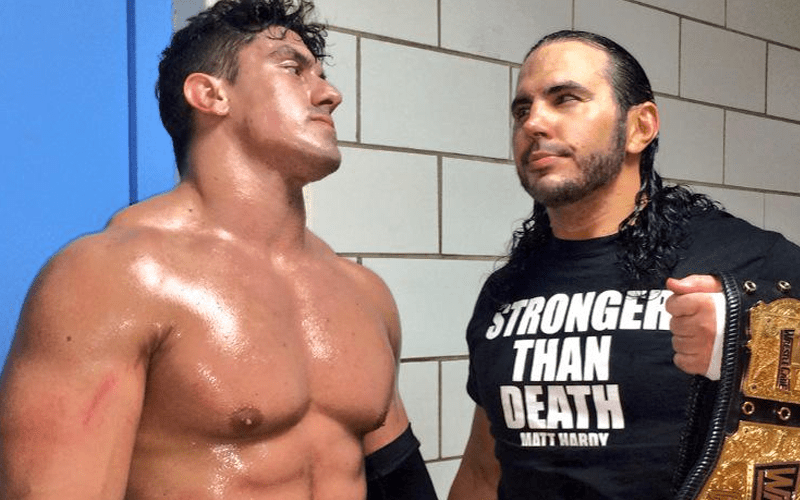 Matt Hardy might be leaving WWE very soon. We’ll have to see where he lands, but Hardy is promising big things.

Hardy also did some big things with EC3 in Impact Wrestling. He’s aware of how WWE is treating him. Vince McMahon doesn’t like EC3, but Chris Jericho does.

Matt Hardy obviously likes EC3 too. Spectrum Sports 360’s Jon Alba tweeted out saying: “Pro wrestling is about finding the right roles for people. [EC3] carries himself well. Even if he’s not *great* in the ring, he has undeniable charisma and talent, and could be an asset to any company in the right role.”

Hardy replied that Alba is correct in his assessment. He went on to say that he would want EC3 on any roster.

I’m a fan of @therealec3. I understand some fans love & prefer performers that offer top notch in-ring work more than anything. The entertainment/character stuff is crucial as well. EC3 is great when he’s utilized to his strengths. I’d want him on my roster.

Hardy could be on his way out of WWE. We’re not certain of EC3’s current contract status, but nobody would blame him if he doesn’t sign anything new at this point in his career.