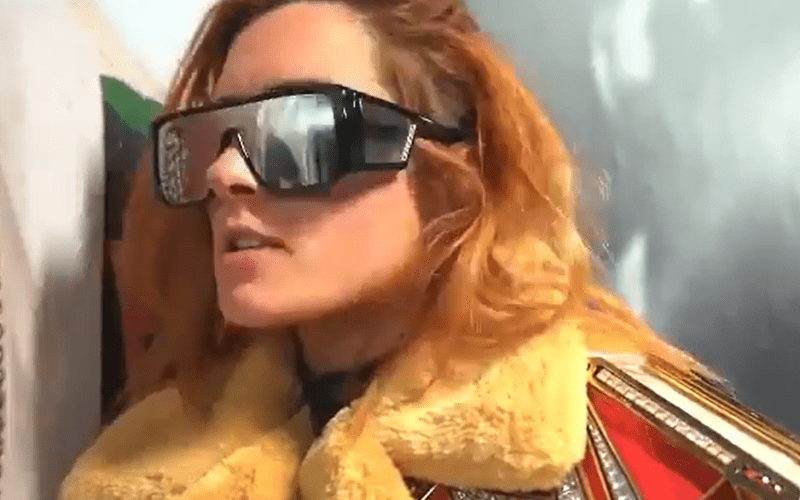 Becky Lynch is set to defend her RAW Women’s Title on RAW next week. She will face Asuka, but The Man has a new wave of confidence after defeating the Empress Of Tomorrow at the Royal Rumble.

Lynch was more than confident as she cut a promo on Asuka backstage at a WWE live event. She seems to have no worries about taking her title all the way to WrestleMania after taking care of Asuka on Monday.

While wearing another pair of sunglasses, she said it is “a risk.” All it takes is three seconds and she losses her title. Lynch said that Asuka was the best, but now she’s the best. The Man plans on proving that again on Monday.

You can check out the promo below. It looks like The Man is keeping her GOAT persona going while sporting interesting sunglasses.