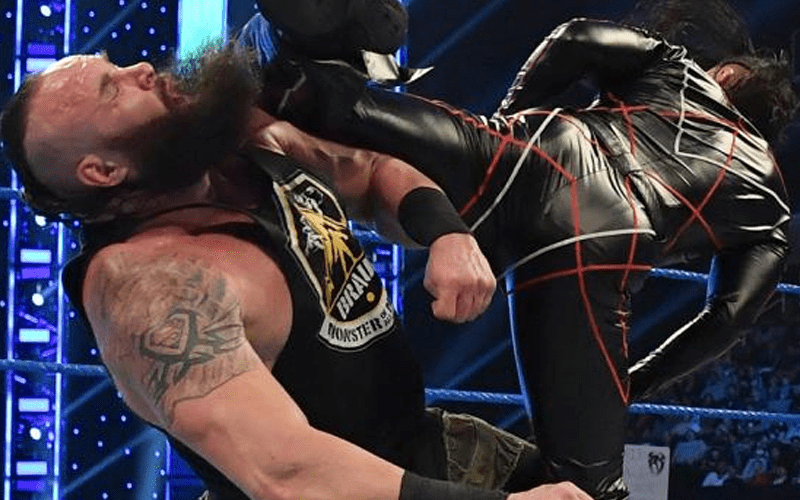 Braun Strowman holds the IC Title, but he’s not finished with the former champion Shinsuke Nakamura by a long shot. The Artist laid out the Monster Among Men on SmackDown this week and Strowman is not happy about it.

Following SmackDown this week, Braun Strowman sent a message to Nakamura. It sounds like Shinsuke is in for a runaway train after delivering a few cheap shots last night.

It took four of you to get me down on #Smackdown. You got these hands and I got MY #ICTitle. Expect a runaway train in your future for your friends, Shinsuke!!!!

The road to WrestleMania could be interesting for the IC Title. The company also has Super ShowDown, Elimination Chamber, and several episodes of Friday Night SmackDown between now and April 5th. Let’s see if they collide before the show of shows.