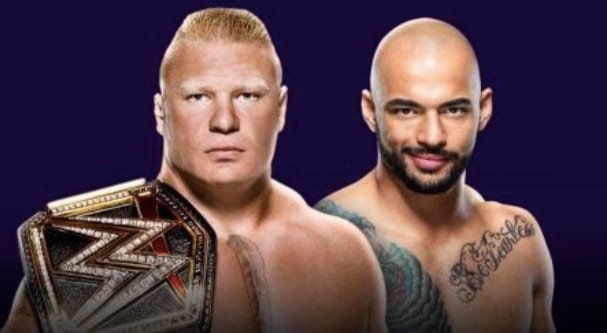 As seen on Sky Bet, the betting odds for Brock Lesnar vs Ricochet at WWE Super ShowDown have been released.

Ever since Ricochet pretty much cost Brock Lesnar his place in the Royal Rumble match, fans have been eager to see what he was going to do next and whether WWE would capitalize on the momentum they’d been able to build for him.

As it turns out, building on it is exactly what they’re going to do as Ricochet prepares to challenge for the WWE Championship in Saudi Arabia.

In terms of the odds, it won’t come as much of a surprise for fans to learn that Lesnar is currently the overwhelming 1/10 favorite to retain the WWE Championship. Ricochet, on the other hand, is priced as the 11/2 underdog.

While we shouldn’t be putting the controversy of WWE’s relationship with Saudi Arabia to one side, we should certainly be getting excited about the prospect of these two men facing off against one another.

All roads obviously lead to WrestleMania and the focus should almost certainly be going on what’s happening with Brock and Drew McIntyre, but if this is the substitute for the time being in order to try and kill some time before the big show, there are far worse options.

Lesnar always seems to perform better when he has a smaller wrestler to bounce off of and help him sell impeccably, which is one of the reasons why this should be such an exciting showdown – pun not intended.