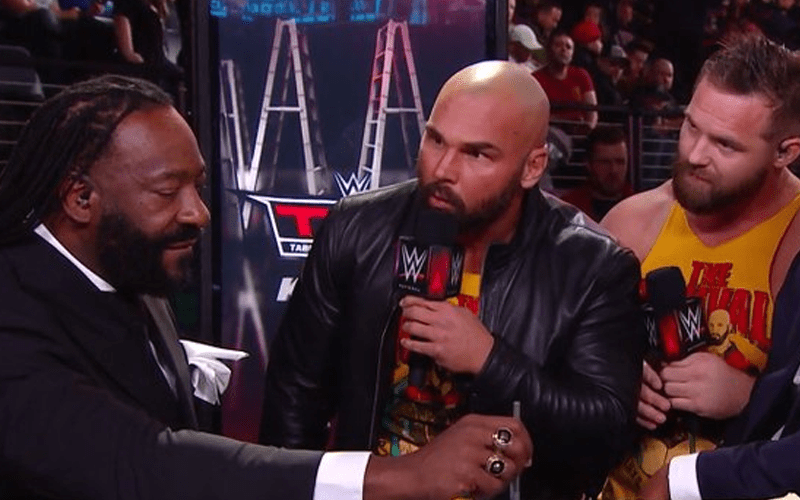 The Revival turned down huge contracts reportedly worth over $700,000 a year each for five years. They still haven’t signed new contracts and there could be big signs that they are headed out of WWE.

Booker T knows a thing or two about negotiating a contract. Recently on his Hall Of Fame Radio show he discussed the Top Guys’ contracts and how much they’re turning down. If they came to Booker T for advice he would have some very valuable words to impart.

“They turned down 700 thousand apiece, that’s a lot of money man. If I can give them any advice, I’d say take the money. If they came to me and said ‘Hey Book, we’re going to give you a million dollars a year, you ain’t going to win no titles, we’ll give you TV time, we’ll give you a 15 year contract,’ I’m gonna shut the hell up.”

Harlem Heat and The Revival teased having a match at the Royal Rumble. That match didn’t happen. Booker T is still paying close attention to Dash Wilder and Scott Dawson’s activities as they are still Top Guys to watch. In a few months we might be watching them wrestle outside of WWE.