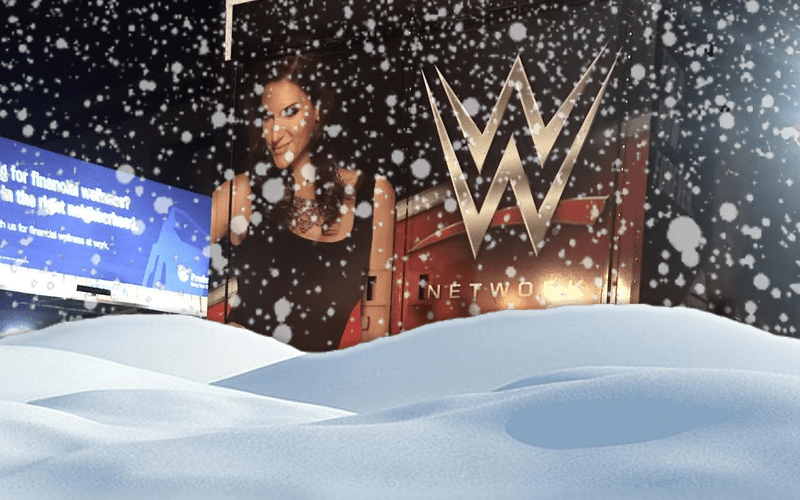 WWE picked Salt Lake City for tonight’s episode of Raw. They obviously didn’t realize that it would be snowing like crazy right now.

Salt Lake City is used to snow, but the roads are a bit dangerous. It’s been snowing for a while now and about a foot has piled up in some places.

WWE production trucks are having a hard time getting to where they need to, but they made it as Brad Shepard reports. The company is still in talks with the local government to make sure that they are kept up to date.

There are #WWE production trucks on location, although I’m told moving them anywhere has been extremely difficult. A discussion has been ongoing with local gov’t to determine if it would be safe to hold the show tonight. #RAW

As of right now Raw is happening. WWE Superstars are making it there. We’ll just have to see what they end up doing.