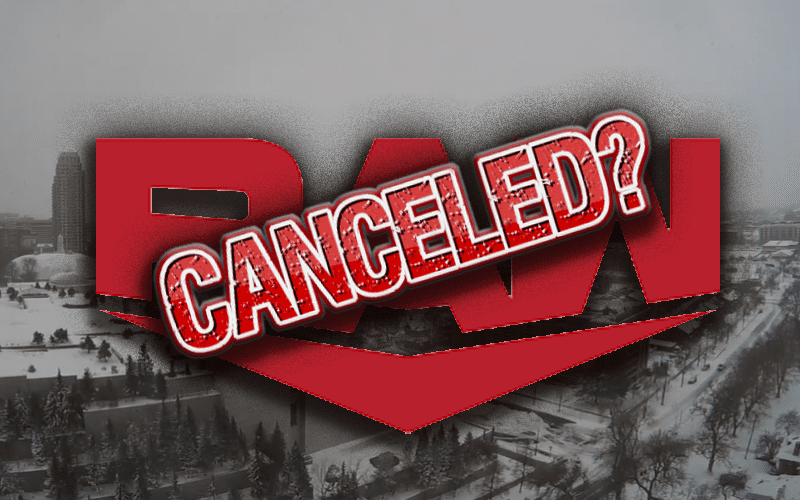 WWE has needed to switch up their Raw plans before due to snow. It’s been about three years since they needed to figure something else out, but tonight could be one of those nights.

Salt Lake City, Utah is getting a lot of snow. They’re used to snow, but it might present an issue because it keeps snowing. WWE is keeping their options open right now as the wait for people to show up. Brad Shepard reports that WWE is considering the idea of doing something else for Raw tonight due to this issue.

I’m hearing the live episode of #RAW may be canceled tonight. I’m not sure how they would fill the TV time but NXT would be a potential possibility too.

Let’s hope that WWE is able to figure something out. They need to continue building their stories toward the next event which is currently Saudi Arabia’s Super ShowDown on February 27th and they don’t have any matches booked on the show yet.