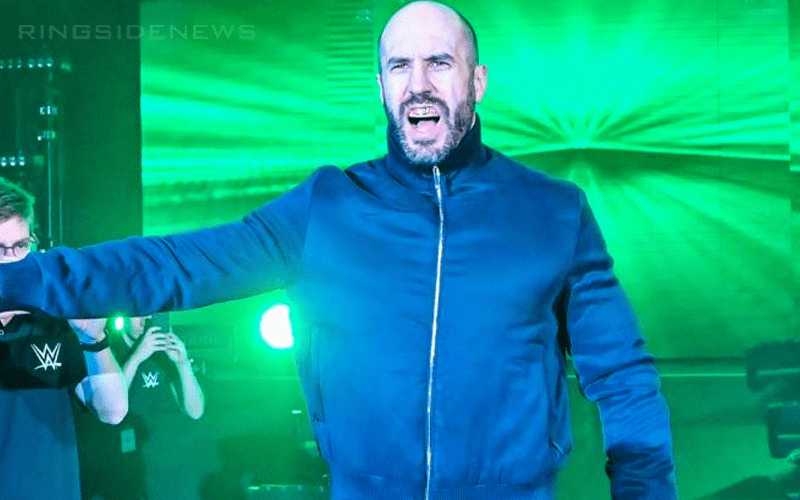 Cesaro found himself in a new faction on SmackDown, but that wasn’t the original plan. In fact, WWE had no plan for the Swiss Superman when moving him to the blue brand.

While speaking to TalkSport, Cesaro revealed how he ended up in a team with Shinsuke Nakamura and Sami Zayn. WWE had no plans for him and it just worked out perfectly when Zayn wanted Cesaro to come aboard.

“Sami and Shin were doing a thing together. A thing where Sami was just going crazy during Shin’s entrances [laughs] everyone’s favorite GIF every week. And then Sami was like ‘Yeah, I’m trying to get you into the group’ and I’m like ‘Yeah, OK!’ I’ve moved to SmackDown again and there was no plan so I was like ‘Yeah, I’d love to, let’s do something!’”

Shinsuke Nakamura had no issues at all about adding Cesaro in the stable. Now they are carrying on as a trio with Sami Zayn acting as their mouthpiece.

“So I said that sounds like fun and it’s a fun dynamic with Sami being… Sami. And then there’s a mutual respect with Shin but I think he’s one of the coolest people in the world. He can do anything and just look cool. The first time I came out with these guys it was like OK, Shin is coming out looking cool, Sami is just going absolutely crazy, what am I going to do? I’m just going to stand absolutely still. I’m just going to be bad ass [laughs]. It’s a fun dynamic and it’s authentic.”

Sami Zayn might still be wrestling on live events, but he’s keeping his hands clean on television. This adds even more to his character as a loud mouth with two international names flanking him to do his bidding.