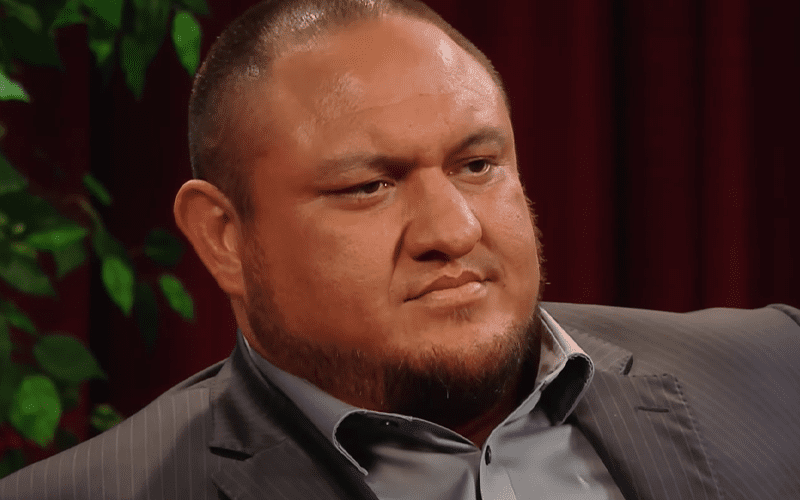 WWE suspended Andrade last week for failing a WWE Wellness Policy test. It appears that Samoa Joe is next.

Wrestle Votes tweeted out during Raw that it appeared some more test results were coming back positive. They hinted that a Southern California wrestler was the subject this time as well.

Word coming out of RAW is that more suspensions are coming. Must be something in that Southern California water (hint hint). Working to confirm details.

This was followed by them posting a picture of Samoa Joe looking rather pissed off while he’s checking his cell phone. We have not received official confirmation from WWE that Samoa Joe has failed a wellness policy test, but this is a pretty clear sign.

We will keep you updated if additional suspensions are revealed.