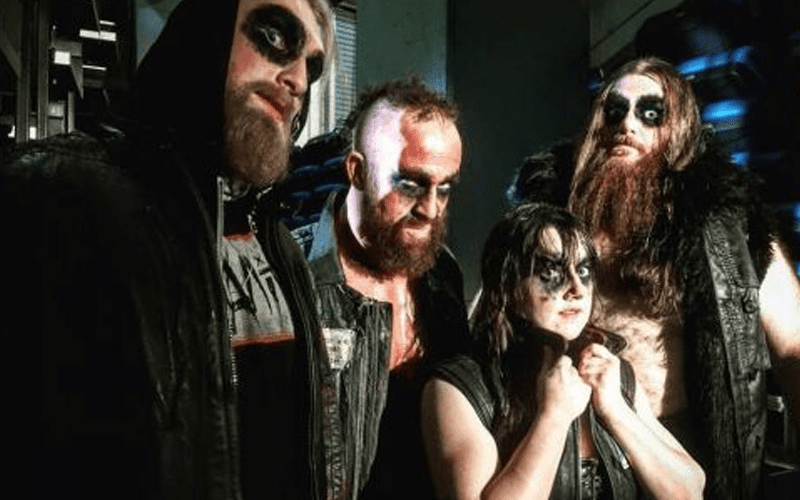 Vince McMahon didn’t give SaNITy much of a chance on the main roster. The stable was called up from NXT without Nikki Cross and they were soon missing from WWE programming entirely.

TalkSPORT recently spoke to Nikki Cross where she went into some detail about the former SaNITy stable. She would have liked to see what they could have done together, but it was still amazing experience and she learned a lot in the process.

“With Sanity, I was very fortunate and blessed to be in a position we were in NXT, I was learning from these amazing talents. I was surrounded by such amazing knowledge and they are professionals and they taught me a lot about wrestling on television. What you saw on-screen was how I felt off-screen. The bond that the team had was so much more…we were in it together and fighting together and wanted opportunities and wanted to make the most of the opportunities.”

“All four of us are very driven and ambitious people. It would have been wonderful to see what could have been, but at the same time everything happens for a reason. And no matter what happens, all four of us will always make the most of every opportunity. We’ve done different paths to that. But we have these great memories in NXT that I treasure. For me, I can look at it and have a lot of fond memories.”

“When things don’t work out the way you think they may work out, I think it can be a huge motivator and place a chip on your shoulder, which is a good thing. It almost makes you more determined.”

Alexander Wolfe is now on NXT UK as a part of Imperium. Killian Dain is in NXT. Eric Young is rarely used on RAW, but Nikki Cross has by far the most screen time out of any of her former stablemates. We’ll have to see what’s next for all four members of SaNITy, but at least they had a lot of fun in NXT.