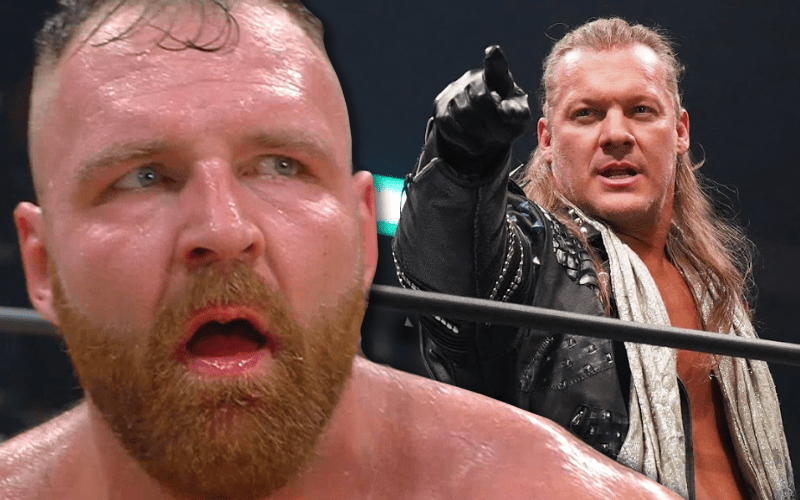 Jon Moxley will face Chris Jericho for the AEW World Title at Revolution on February 29th. As fans await the second AEW pay-per-view in the Dynamite era Jon Moxley has a simple message for Le Champion.

Moxley recorded a video backstage in Cleveland after Dynamite last week. He told Jericho to throw whatever he wants at him because deep down inside he knows that it’s already over.

“What happened out there at the end of the night? Maybe is none of my business. Maybe it is my business. Crap like that ain’t going down on my watch, not in my territory, not in Ohio, not anywhere. As far as next week… throw Santana at me, throw Ortiz at me. Throw The Big Hurt, throw Sammy at me. Throw a tank at me. Chris Jericho already knows, deep down… brother, it’s already over.”

Jon Moxley is rocking an eye patch because Jericho stabbed him with a metal spike from his entrance jacket. We’ll have to see if Moxley can see by the time AEW Revolution rolls around, but pirates are pretty good at fighting and so is Jon Moxley.