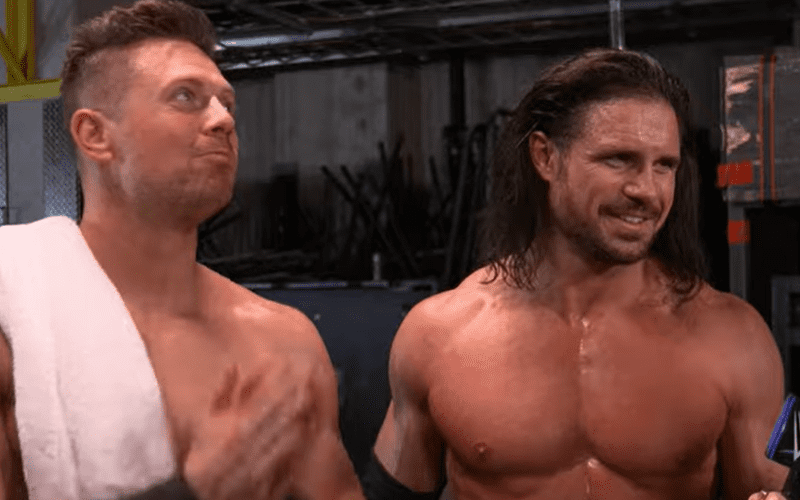 John Morrison’s return to WWE was unique. They revealed his contract signing on WWE Backstage, a show that usually less than 100,000 people watch. Then his first WWE appearance was on WWE The Bump, a show that even fewer people see.

How the Guru Of Greatness returned isn’t the issue because he still has a SmackDown Tag Team Title match with The Miz against The New Day. The two teams will do battle at Super ShowDown in Saudi Arabia.

After becoming number one contenders, Miz & Morrison were very happy with themselves. He said that “the people tonight were hungry for peanut butter and Johnny” and that’s exactly what they got.

You can watch a video below of the two who were very happy after their big win on SmackDown.