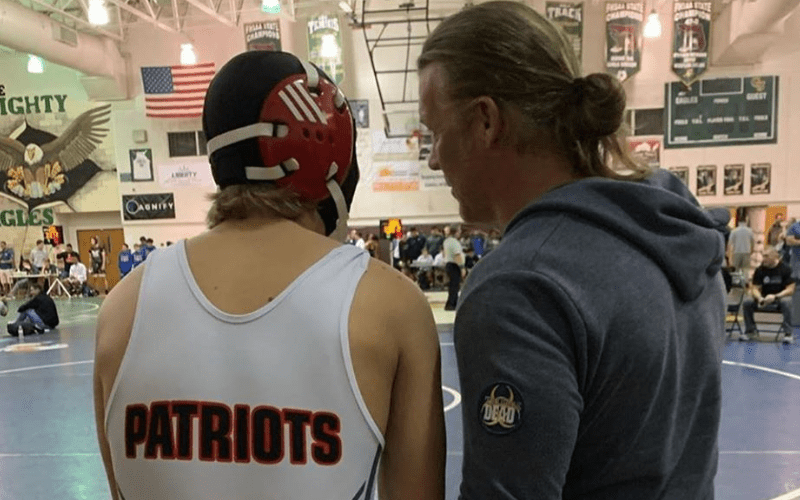 Chris Jericho’s son started his high school wrestling career and it was a great for Le Champion to watch his boy.

Y2J recently posted on Instagram about how great of a feeling it was to watch his son on the mat. This is just the first step, but there could be many more meets to come.

What an awesome feeling seeing @ash_irvine924 on the mat and beginning his high school wrestling career yesterday!! He is doing something I was never able to do and we are very proud of him!! He’s just getting started, but look out wrestling world… #SonOfJericho is coming for you! (Killer photos by @lockon27)

It sounds like Chris Jericho’s son could take after him. We might need to keep an eye out for Ash Jericho sooner or later.