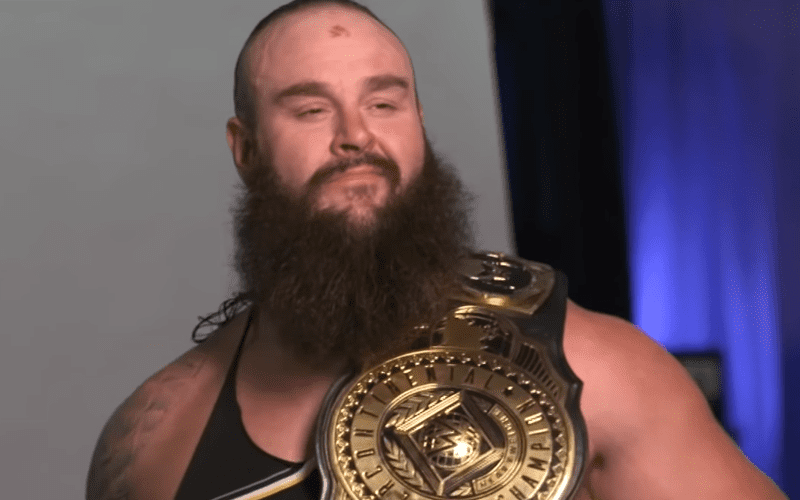 Braun Strowman won the WWE Intercontinental Title on Friday Night SmackDown this week. Shinsuke Nakamura got those hands and lost his title. It was a big moment for Strowman as it marked his first singles title in in WWE.

The Monster Among Men held tag team gold in the past. This title win certainly meant a lot to him and he had a blast with the photoshoot that followed.

WWE uploaded a video of Braun Strowman’s photoshoot with his new IC Title. He was all smiles, but Braun was still able to pull off a few menacing poses.

We’ll have to see how long Braun Strowman is able to carry his new title. This is certainly a big deal for him as he enjoys the ride while it lasts.