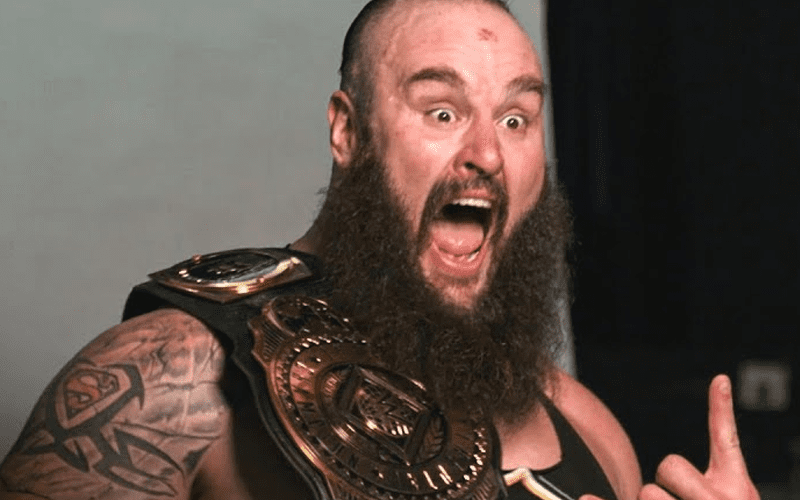 Braun Strowman ended WWE Friday Night SmackDown this week as WWE Intercontinental Champion. He was chasing Shinsuke Nakamura for a while and the Artist finally met his match with the Monster Among Men.

Following his big IC Title win, Strowman posed with his new belt. Then he spoke about how much this new phase in his career means to him.

“Ever since I started this with Shinsuke it’s been an uphill battle basically fighting three other athletes with Sami Zayn and Cesaro being around through this whole thing. You know their tactics have worked a few times to keep me from getting the W and this Intercontinental Championship, but tonight their plan backfired in their face. I hit Shinsuke Nakamura in the middle of the ring with a running powerslam 1-2-3 here I am standing here as the new Intercontinental Champion.”

Braun Strowman is all smiles now. He could have plenty more lop-sided battles ahead of him as a babyface champion in WWE. As we all know Vince McMahon doesn’t make things easy for good guys with titles.