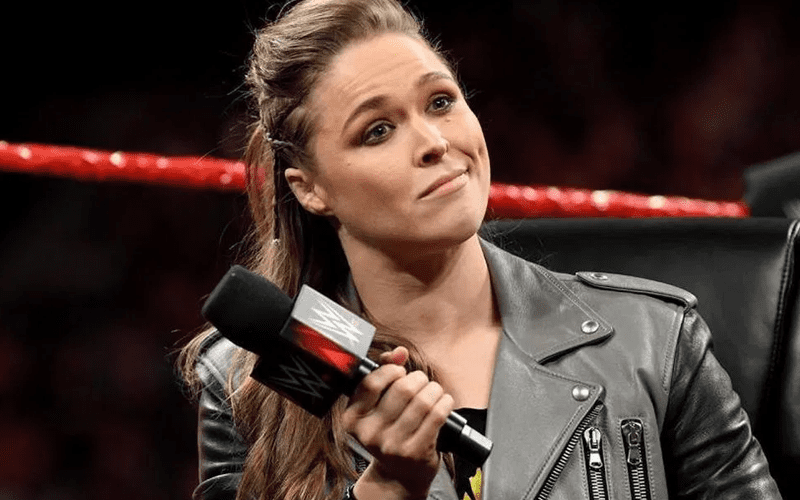 Ronda Rousey hasn’t returned to WWE yet. When they spoke about her After The Bell interview during SmackDown this week they made it sound like we could be seeing her again soon enough.

Dana Brooke had a moment with Rousey during her first run with WWE. It appears that Brooke wants another piece of the Baddest Woman On The Planet.

Brooke sent out an Instagram story showing the two of them in the ring. It was a Happy Birthday message for Rousey, but Brooke also included a caption which seemed more like a dare to show up and face her again.

Always pushing me to be the best I can be! True champ! Happy bday lovey Ronda Rousey! Come back so I can step up to you again. Plasssssseeeeee & thx

Ronda Rousey is still doing YouTube videos and staying active on Browsey Acres. A WWE return could be in the cards, but at this point she isn’t reportedly booked for WrestleMania 36.