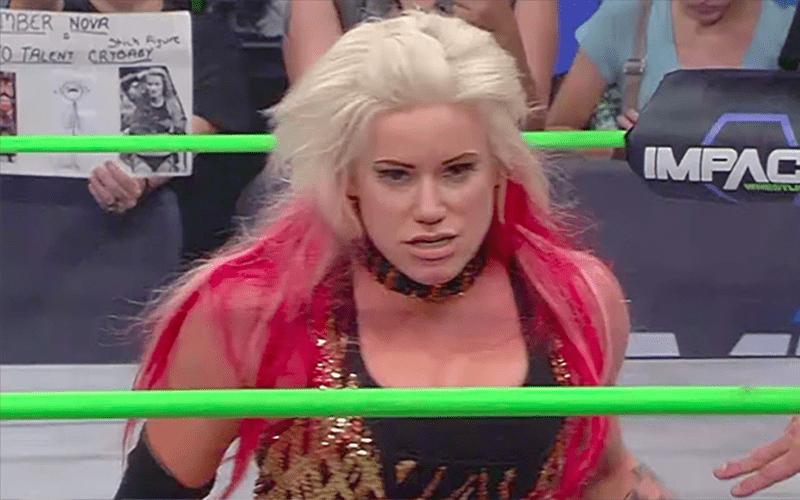 Taya Valkyrie was the longest reigning Knockouts Champion, but she recently dropped her title. Now she’s setting the record straight about her contract.

Someone reported that Valkyrie signed a new deal with Impact Wrestling. She wanted to set the record straight about that. She signed a two-year contract last year. It’s as simple as that. This means her Impact Wrestling deal has one year to go.

CLICK BAIT! Yo, I don’t know what a “roll over contract is” but that’s not what I signed. I signed for two years LAST YEARRRRRRR. Simple as that. Now stop writing bullshit about me. It’s F’ing annoying. And also my job and contracts are none of anyone’s business.

Another thing she wanted to point out is that her contract status is none of anyone’s business. Fans will still be interested to know what’s going on with her as she remains popular with them for a reason.