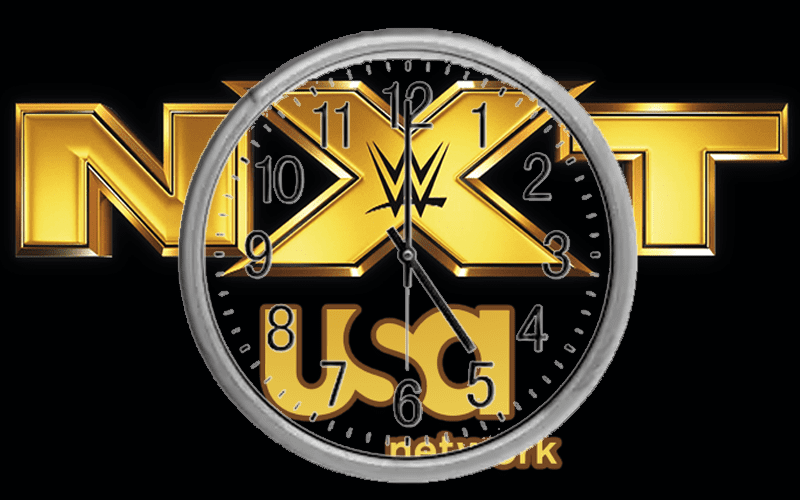 WWE has presented NXT with a significant overrun in recent weeks on the USA Network. This week there was no overrun, but there is a reason why.

Dave Meltzer noted that USA Network made the call to cancel the overrun of WWE NXT this week. There’s no word on if it will be brought back, but they did think it might hurt the season 5 premiere.

USA made the call. They thought it would hurt the Miz & Mrs. ratings.

Perhaps the thinking is that viewers who would normally just want to watch Miz & Mrs wouldn’t stick around until NXT is over to watch the season 5 debut.

WWE NXT’s ratings did benefit a bit from having an overrun. AEW fans grew accustomed to switching over to the USA Network to catch the final minutes of the competition. This week they caught the first part of Miz & Mrs instead.