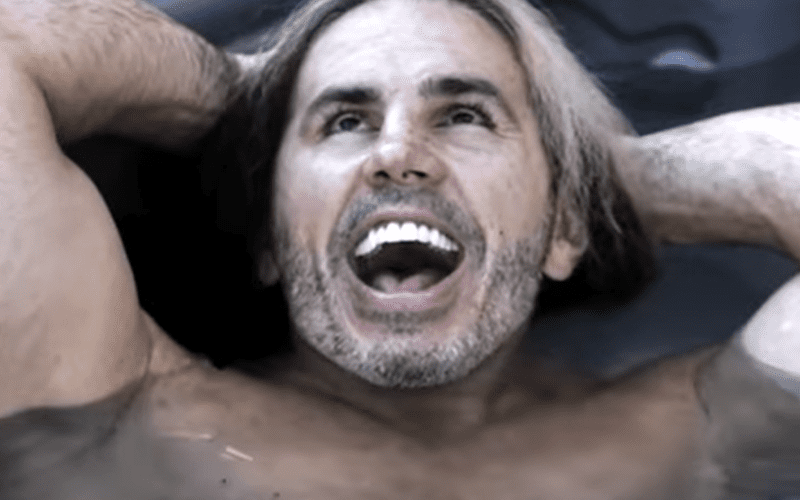 Matt Hardy could be out of WWE in a matter of weeks. He isn’t being used on television and now his Broken Condition has returned as well.

Hardy released another “In Limbo” video. These videos have given ideas of who Hardy might become next as he is currently in this career transition.

He said due to the abuse that he’s taken on WWE television in the past couple of months he has mostly been “confirmed to my tub that is hot.” He said that the only thing that makes him happy is a good soak. Then he proposed that he become “Soakin’ Matt Hardy” next.

You can check out the video below. We’ll have to see what Hardy’s next move is. Some fans like to think that he’s staying with WWE and this is all an angle, but the fact he hasn’t signed a new contract could tell that something else is going on.