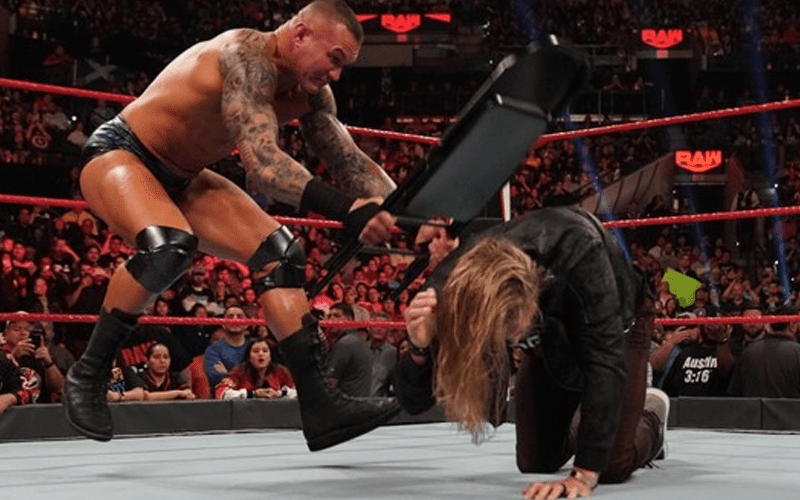 Edge returned to RAW this week following his big Royal Rumble surprise comeback. It was a brutal angle that was hard to watch as Orton demolished Edge, but it told a story that will payoff at WrestleMania.

Fightful Select reports that those backstage in WWE really loved the segment. It was noted to be considered as a “home run.”

We were told that many backstage considered Orton and Edge’s segment at the close of Raw to be a “home run.” Also, USA Network granted WWE a short overrun earlier in the day

This segment brought out the kind of response from fans that you don’t see all the time. At this point in WWE it’s rare to bring out that kind of reaction for anything.

Edge and Randy Orton will do battle at the show of shows. Let’s see if their next angle will be as effective as their first.