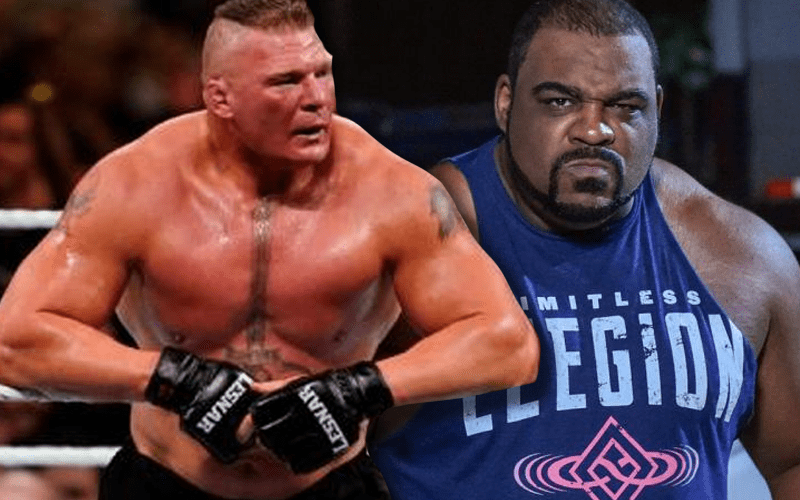 Brock Lesnar has impressed a lot of people in his career, but few men have made him take a few steps back.

While on WWE The Bump, Bully Ray mentioned something that he noticed about the Royal Rumble. The look Brock Lesnar gave Drew McIntyre when he was eliminated struck him. Another thing that caught his attention was how Keith Lee is the man.

“The look [Brock Lesnar] had with Drew was awesome, but you know I loved more? The look with Keith Lee. When Keith Lee walked in the ring what did you see Brock Lesnar do? He stepped back. How often do you see Brock Lesnar step backwards? You don’t. So, I mean you knew I mean Brock said to Paul: ‘Who the hell is this guy?'”

“As he’s saying ‘Who the hell is this guy?’ he’s taking a couple of steps backwards and boom I know that Keith Lee is the man right at that moment.”

Keith Lee has a lot of potential and there are a ton of people that he hasn’t faced yet. We’ll have to wait and see if Keith Lee vs Brock Lesnar is a possibility for the future.