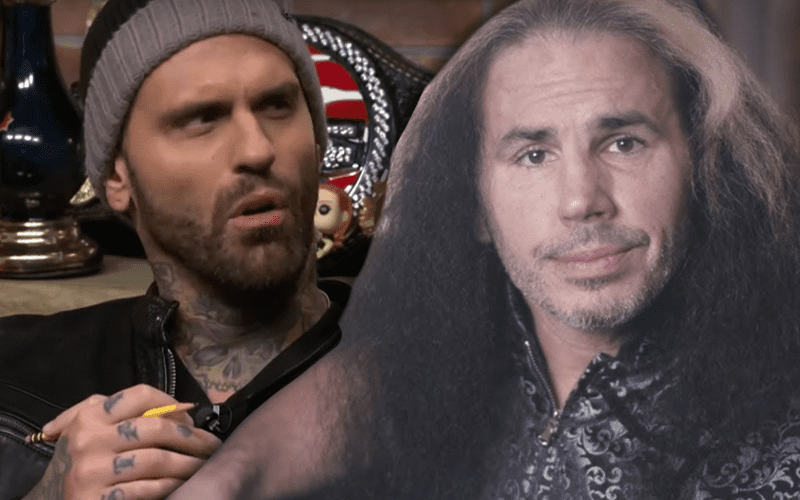 Matt Hardy very well could be on his way out of WWE in a matter of weeks. Corey Graves saw it all go down backstage and he has some advice for the company he works for.

While discussing Matt Hardy on After The Bell, Corey Graves said that WWE should hire Hardy in creative. He has a lot to offer, but WWE isn’t using him. Graves also hinted that he hears the complaining in the locker room and he obviously sees Matt Hardy’s side of things.

“I also want to know why someone as creatively gifted as Matt Hardy isn’t asked or invited to contribute in a creative role. I don’t know that he’s been vocal about that anywhere but in the television locker room where we sit and complain about life, but I think Matt Hardy would be a great addition to the creative end of things here in WWE.”

“We’ve seen what he is capable of on his own outside of WWE and within and I mean, the guy’s resume speaks for itself. It’s not like you’re hiring some guy off the street who went to theater school, this is Matt freakin’ Hardy – one half of one of the greatest tag teams of all time. The guy is awesome. He is of great value and importance in my opinion.”

Matt Hardy still has a lot he can give. Perhaps WWE will realize that soon enough if/when he takes the Broken Universe and generates a ton of excitement and money elsewhere. Until then it appears that Matt Hardy will be waiting for the next phase in his career to begin once again.