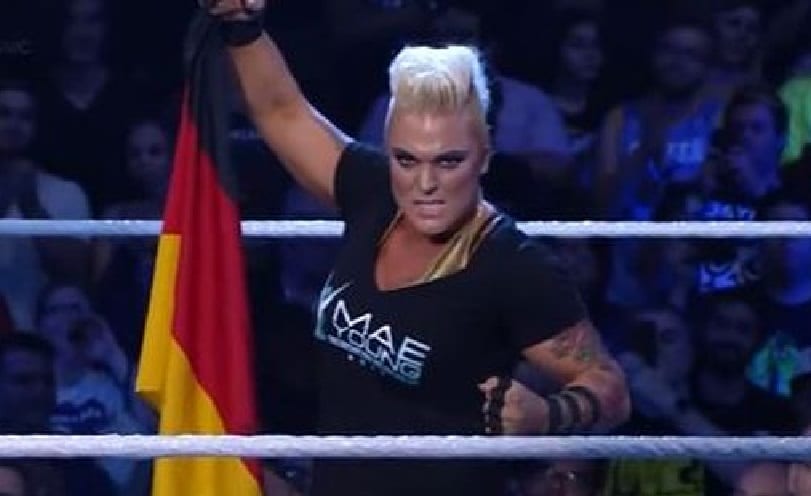 Jazzy Gabert was a top prospect and someone that WWE really wanted to sign. Now she’s already decided to leave.

WrestleTalk spoke to Jazzy Gabert and she explained the entire situation. She had so much time off with NXT UK that she found other things to involve herself in. Soon, Jazzy found that her second career took precedent which led to her decision to leave WWE.

“As we had only TV tapings about every 4 to 6 weeks I was able to do a lot projects outside of wrestling and I found the world of entertainment in Germany. I was on dating shows, game shows, talk shows and got to do lots of fun things in TV. In the summer I was really lucky and got an offer to tour with a German rock star, Udo Lindenberg, and we went on tour for 3 months, 28 shows, every time in front of 15,000+ fans. In between all of this I had the NXT UK tapings.”

“On tour I realized that I want more for my life and I got the confidence that I’m able to do more, and for 2020, Udo Lindenberg asked me if I can come on tour again and a reality TV show offer came also in. Unfortunately, these projects would cross the schedule from NXT UK and I had to make a decision, because working all of these projects at once wouldn’t work. As I couldn’t see myself moving on or up in terms of storylines, I had to ask for my release. So it was completely my decision and I’m happy about it. I always wanted to work for WWE and I’m happy that I can tick that box. Of course, would I have loved to be a champion, for sure, but my heart tells me it’s time to move on.”

Jazzy Gabert has a lot of skills that obviously make her valuable outside of WWE. Hopefully, everything works out and we start seeing much more from her regardless of whether she’s wrestling.