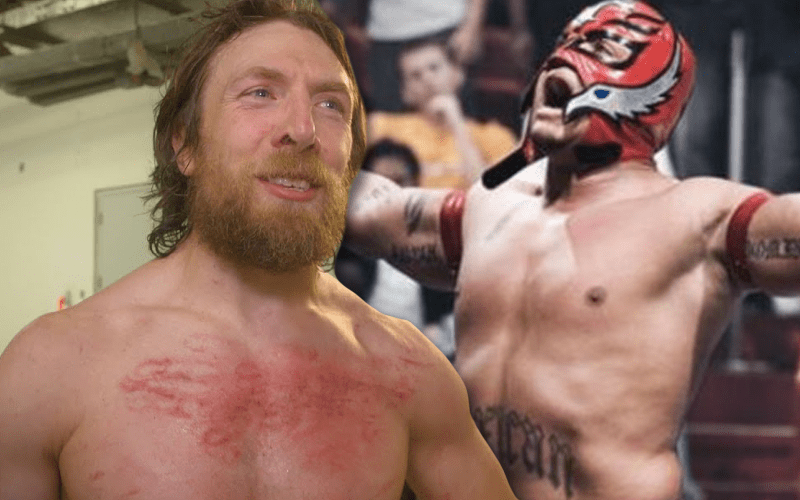 Rey Mysterio lasted one hour two minutes and fifteen seconds in the 2006 Royal Rumble match. Daniel Bryan broke that record in 2018, but Mysterio says that didn’t count because it happened in Saudi Arabia.

While on Up Up Down Down, Rey Mysterio discussed his record-breaking Royal Rumble appearance. He started that match in the #1 entry and out-lasted everyone else. Bryan didn’t win the Greatest Royal Rumble, but he still lasted one hour sixteen minutes and five seconds. For Mysterio, it doesn’t count.

“It’s crazy. The time doesn’t fly. It feels like it’s forever, but strategies are very important when you step in the Rumble. I think being able to showcase some of my high flying moves, but sometimes believe it or not I would stay low in the corner, you know making sure that whoever was throwing down at the time… just let me chill here and hang out, but it worked.”

“I got a protest to make because I heard that Daniel Bryan had the longest time in the Rumble, but that was in Saudi so that don’t count. It counts here, yes. I hold that record right now. #1 and I hold the record.”

WWE still touts Daniel Bryan as holding the record for longest time in a single Royal Rumble match. The WWE record book might say that Daniel Bryan holds the top spot but it will never truly beat Rey Mysterio’s time in his opinion.