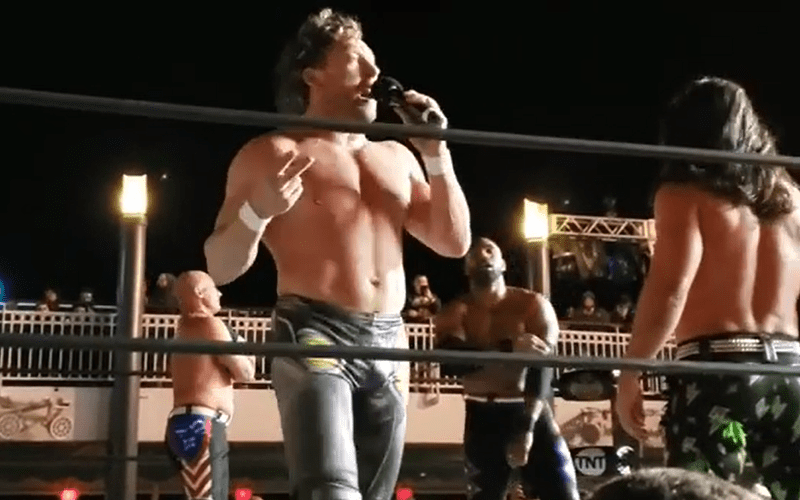 AEW is still paving their way in the pro wrestling world and that could include introducing some new titles.

The Chris Jericho Cruise is going on right now. Kenny Omega had a chance to grab the microphone during the night when he addressed the fact that there are so many great factions in All Elite Wrestling.

The Cleaner teased that he has a bit of power in AEW before saying that he wishes there was a way to determine the best trio in the company.

“Lately it’s been a topic of conversation of who is the best trio. To me, and I don’t wanna spoil anything, I only have a small bit of power in AEW. I’d love for us to see somewhere down the line a way for us to determine just who is the best six-man team in all of AEW.”

“Hey, you guys know where I come from. We decide these things in tournaments. It could be fun.”

The crowd was all about introducing some new titles for six man tag team matches. This is definitely an option down the line, but it seems like trios titles are on Kenny Omega’s things to do list.