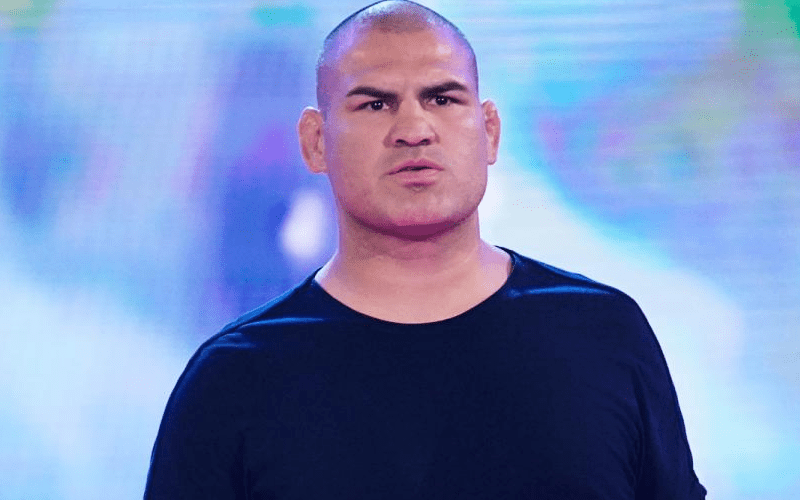 WWE doesn’t always jump at an opportunity when they need to. They almost missed out on having Cain Velasquez working for them, but they eventually turned around.

Cain Velasquez recently spoke to Cultaholic while WWE had a bunch of Superstars in the UK to celebrate the launch of WWE on BT Sport. He discussed WWE turning him down the first time around. He went to AAA and got some reps in, but eventually Vince McMahon’s company saw money in the former two-time UFC Heavyweight Champion.

“So when I did AAA, I called the WWE first. I called them, me, my people, my agent called the WWE. And I was interested from that match that I saw at Elimination Chamber. You know, this is obviously where the best guys are, this is the top. So Triple H and Vince McMahon weren’t going to give me a shot right away, that was clear.”

“So I said, ‘Okay, let’s do something else.’ I’ve always loved lucha. Lucha was my first love of wrestling. I watched that as — that was my first time watching any kind of pro wrestling. So I said, ‘Why don’t we do a lucha match?’ Me and my wife, my manager — my wife was super into it. She was like, ‘Why don’t you do a lucha match?’ I said, ‘Okay, let’s do it’…I wanted to wear the mask. I wanted to do traditional lucha moves just to pay homage to the people who have done it in the past and they just look f*cking cool to do.”

Cain Velasquez will be in the 2020 Royal Rumble. This is nothing that WWE has officially announced, but he let the cat out of the bag already. We’ll have to see if and when he steps in the ring with Brock Lesnar again, but Velasquez still has multiple years in WWE to get some work done.