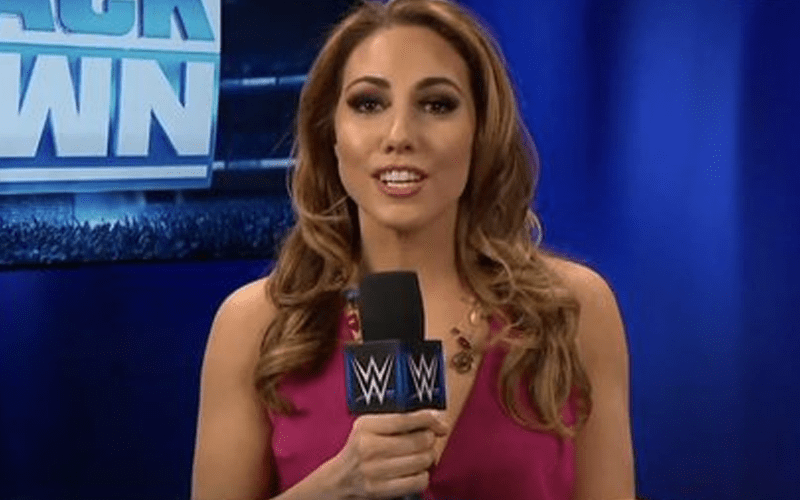 WWE added a new face to SmackDown this week as they introduced Alyse Ashton to SmackDown.

Ashton took part in a backstage segment with Sheamus and Shorty G. This led to a match getting booked for the Royal Rumble on January 26th.

Alyse Ashton is actually Alyse Zwick. She is an actress and television news personality. She is a traffic reporter for FOX 5 in NYC as well.

She still works for FOX 5 and is also a host with the NHL’s New York Islanders.

Zwick has been hosting This Week In WWE with Scott Stanford on the WWE Network in recent weeks. She has also appeared on WWE Bottom Line and WWE Experience, two international programs that the company has. Now it appears that she is on the blue brand. She could be replacing Cathy Kelley since Kelley did not appear on the show this week.