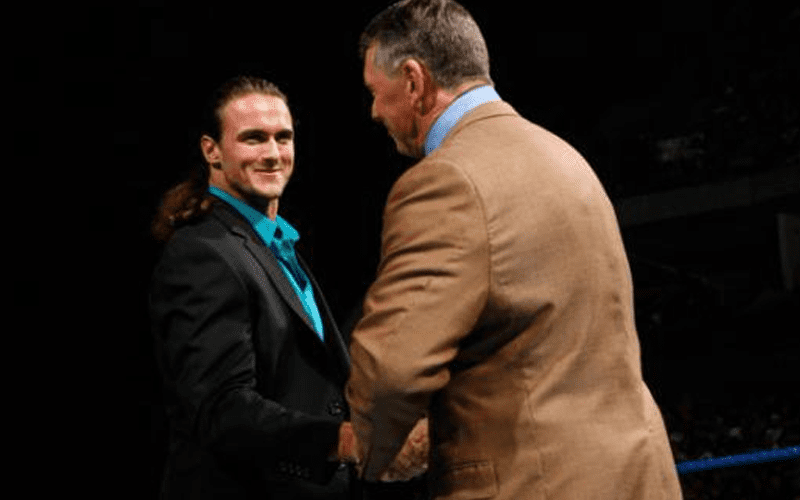 WWE television has included several famous segments, but people remember when Vince McMahon walks out and calls someone “The Chosen One.”

During WWE’s After The Bell podcast, Drew McIntyre told Corey Graves that he had no idea what Vince McMahon was going to say during that famous introduction to the WWE Universe.

“The Chosen One thing started when I was 23 or 24 when Vince [McMahon] endorsed me on television. That’s not something that I knew was going to happen. I was just in Gorilla [Position] and I was aware I had a promo and they told me Vince was gonna say ‘a quick thing’ and I’ll just go out and react. I was like, ‘Okay.'”

“Then he went out there on television and he put me over as a future World Champion as I say he didn’t say when it is over ten years later. When it happens, it could be true when it happens he was right like he always is.”

“Yeah, I didn’t know it was going to happen and it was a huge moment for me that everyone always asks ‘It put a lot of pressure on you, would you change anything?’ I say absolutely not. Everything that’s happened has happened for a reason taking me on this journey I was on and obviously things didn’t work out with the Chosen One thing and then the 3MB thing happened and obviously I got fired.”

Vince McMahon can do whatever he wants because WWE is his show. They didn’t tell Drew McIntyre what McMahon was doing because nobody might have known themselves.

It was a sink or swim moment for McIntyre as The Chosen One and even he admits it didn’t turn out as he wanted. That didn’t stop Drew McIntyre as he returned to the indies and made a big name for himself before eventually returning in 2017.