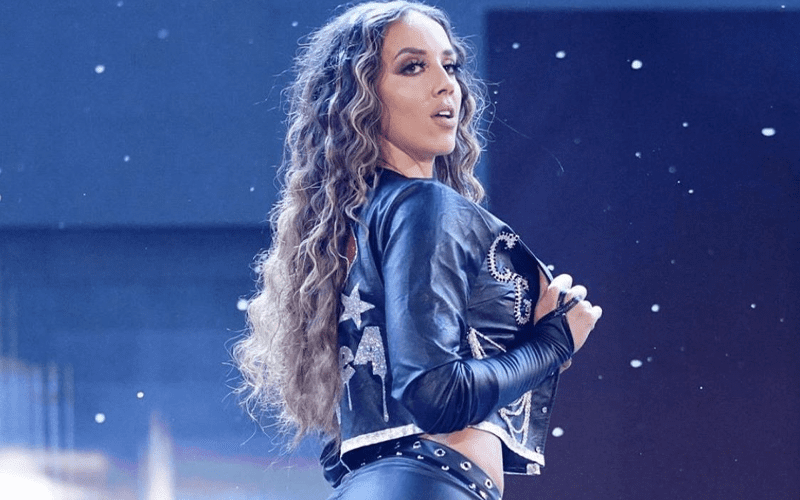 The presence of Chelsea Green on NXT television has certainly turned a few heads over the course of the last few weeks as she continues to make herself known as one of the most exciting female wrestlers in the world today.

It would seem as if she has every trait necessary to make a serious run at the top of the division, with many fans already dreaming of a Rhea Ripley vs Chelsea Green title match somewhere down the line.

For the time being, though, Green is happy to sit back and watch it all play out as she prepares to ‘pick her moment’ so to speak.

WWE is such a stacked company right now in regards to in-ring talent and it’s really difficult to stand out. With that being said, despite only being around for a minute or two, Chelsea already seems to have broken through a barrier that many other female stars have been unable to crack over the years.

It’s all about offering something different, and right now, we’re getting ‘female John Morrison’ vibes from her – with the addition of Robert Stone being an incredibly valuable and worthwhile move.

WWE appeared to be toying with the idea of putting her straight on the main roster, but this way, she’ll get the chance to grow and develop in an environment that was designed for exactly that. People may want to call it the ‘third brand’, but it’s still the proving ground before heading up to the big time and that’s a fact.