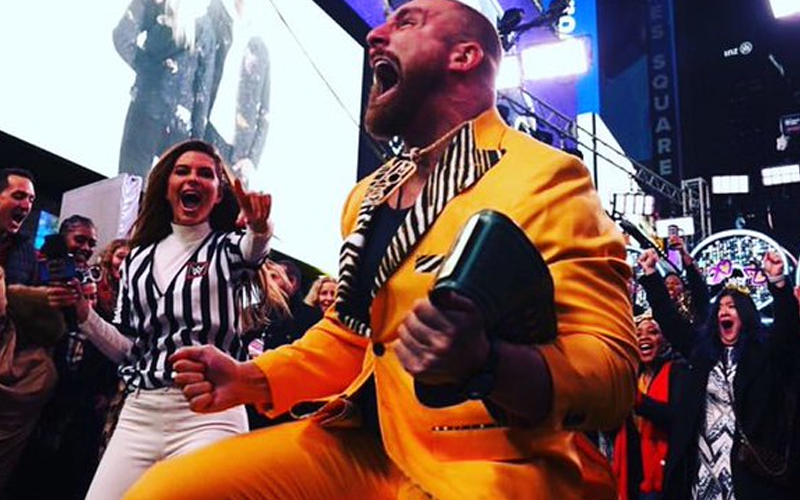 The 24/7 Championship started off as being nothing more than a fun title that held the same kind of stipulations as the Hardcore Championship. Now, though, it seems to have taken on something of a cult following with lots of fans being eager to see what happens next with the belt.

One man who is particularly eager to try and bring some form of prestige back to the belt is none other than Mojo Rawley, who is the current 24/7 Champion after one again dethroning R-Truth.

While it may seem like nothing more than a pipe dream, Mojo has made his intentions as champion very clear.

Many fans are wondering whether or not this is leading to a potential title change at a big event, with the two leading contenders being the Royal Rumble and WrestleMania which are both right around the corner.

While they’ve certainly done some fun stuff with it so far it still feels like there’s more that can be done in order to exploit the potential of this championship both for the fans and the media.

Still, the biggest problem Rawley will have to overcome is his visibility, mainly because most fans probably think Truth is still the champion if they were only half-watching Monday Night RAW as a result of his entertaining segment with Brock Lesnar.

Rawley still has potential even though some fans don’t want to admit that, and he needs to start showcasing it – or he’s going to keep getting left behind by the rest of the pack.