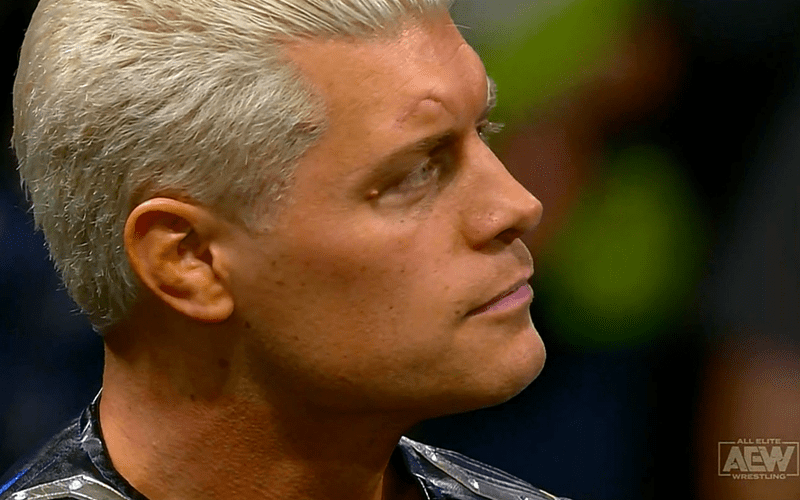 Cody Rhodes is an Executive Vice President of All Elite Wrestling, but he can never challenge for the AEW World Title again. He wants revenge on MJF for screwing him over, but The Salt Of The Earth had some stipulations first.

Click here for our complete AEW Dynamite “Bash At The Beach” results.

Rhodes asked MJF what it would take to get a match with him. MJF said Cody must defeat Wardlow in a cage match. He cannot touch MJF until AEW Revolution on February 29th. Also, if Cody loses then MJF gets to give him ten lashings in the ring.

Cody Rhodes showed up this week and suggested that MJF should be carrying Wardlow’s bags instead. Rhodes said he doesn’t need to touch MJF because he already lives in his head.

After bringing up MJF’s Rosie O’Donnell Show experience when he was a child, Cody accepted all of MJF’s stipulations. The American Nightmare said that this isn’t MJF’s story, “because you are just a chapter in mine.”

AEW’s first-ever cage match between Cody and Wardlow is booked for February 19th in Atlanta, Georgia.