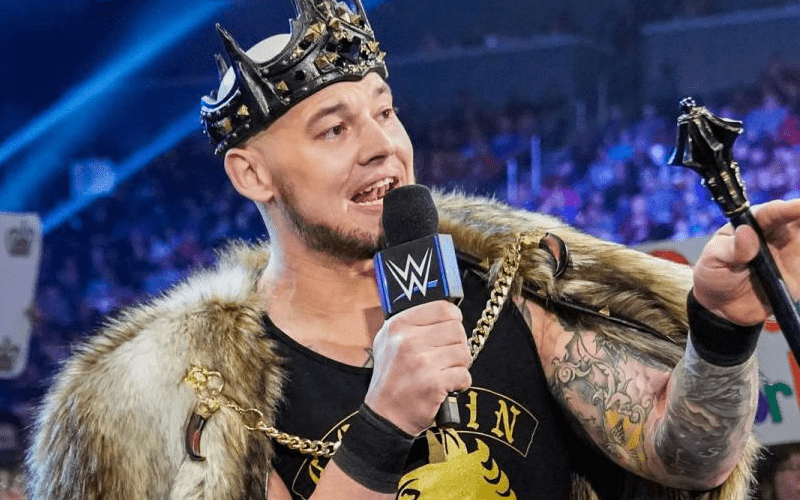 WWE has a lot going on and sometimes an idea will make it as far as it can without being on television before getting nixed. Vince McMahon does hold the ultimate veto power at any time he wishes.

They had a discussion during Wrestling Observer Radio about how Vince McMahon drops pushes for Superstars. Dave Meltzer brought up another storyline that hit the cutting room floor even after they tested out the idea at house shows.

“[Drake Maverick] is still General Manager of 205 Live. He never did end up managing Baron Corbin which was the original plan. You know, we never did find out who the guy was under the ring tripping Roman Reigns.”

It was noted that if they do circle back around to that storyline with Maverick “they’ll have to bring in another writing team because [Bruce] Prichard won’t be doing that.”

King Corbin might be having a good time as royalty on Friday Night SmackDown, but his court was supposed to be larger by one subject. Perhaps WWE will figure out something else for Drake Maverick to do, but at least he never lost his spot on 205 Live.