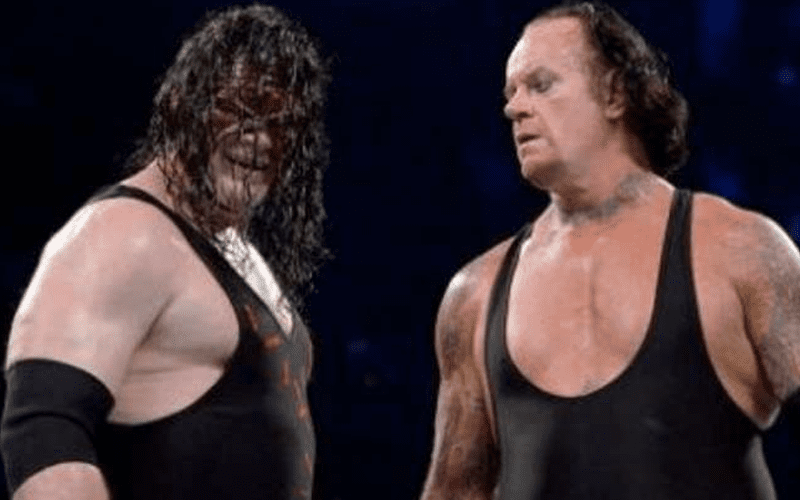 The Undertaker doesn’t wrestle very often anymore, but there were years when he worked the road every week. He experienced several injuries as a full-time Superstar, but The Undertaker also realized the responsibility on his shoulders as a top draw for Vince McMahon’s company.

During the Broken Skull Sessions, Kane revealed to Steve Austin that The Undertaker worked with an injury that The Rattlesnake was never told about. This just further goes to show the toughness of The Dead Man.

“The Undertaker broke his ankle. I don’t know if he ever told you that. He was doing some backstage angle and he was chasing Paul Bearer and he kicked a TV or something and when he did his foot went back too far. Same deal with [The Undertaker]. When I worked with him in Houston he had a broken ankle.”

As the years go by the legend behind The Undertaker could be uncovered with more fascinating stories to validate his position as a locker room leader. It might be hard to imagine that a top Superstar would work an event with an injury like that, but it was also a different time for the company.