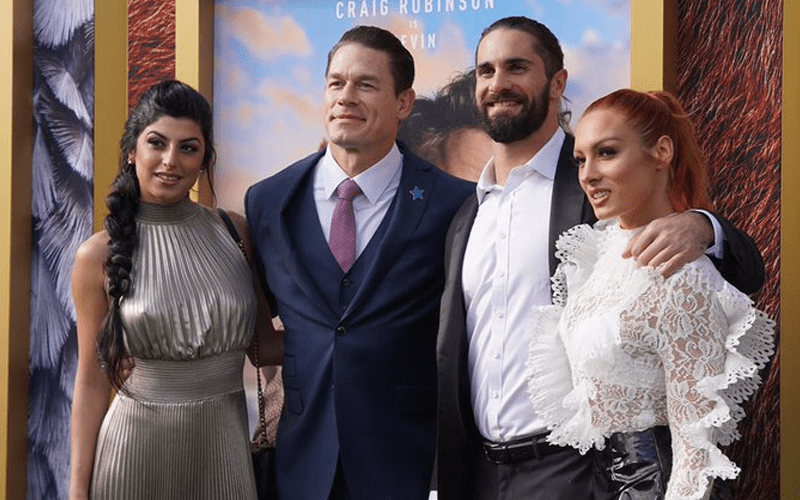 John Cena is a very busy man and he has new projects springing up all the time. Cena joined the cast of Dolittle as one of the doctor’s talking animals. This was something Becky Lynch and Seth Rollins had to check out.

The Man and her man showed up at the red carpet premiere for Dolittle. Cena thanked Becky Lynch and Seth Rollins for coming to show their support. Becky replied saying it was her pleasure.

Last January you came and supported me, it was my pleasure to do the same. Thank you, John.

It’s good to know that even though John Cena might not be around WWE as often as he might like to be that his WWE family is never too far away.