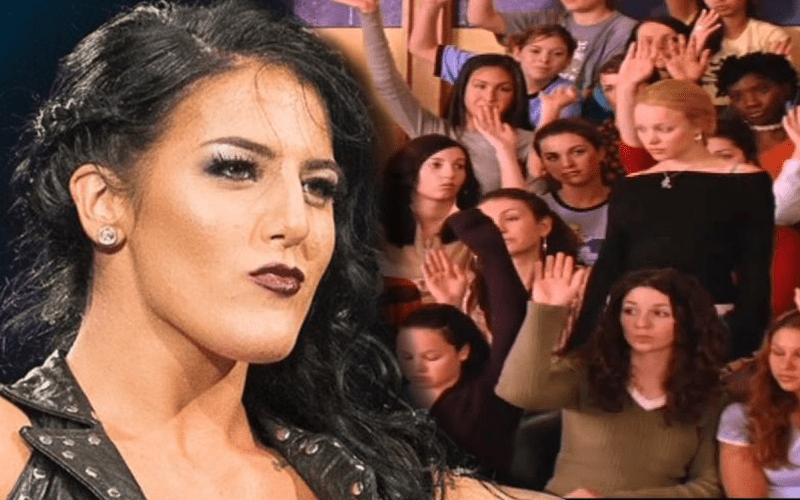 Tessa Blanchard had a storm come her way on social media yesterday. She made a comment about women supporting each other and she didn’t expect what followed.

Sienna revealed that she witnessed Blanchard spit in La Black Rose’s face and call her the N-Word while in Japan in 2017. This was later confirmed by Rose. Many more female pro wrestlers followed with similar stories of Blanchard’s bullying.

Diamante saw this situation and compared it to a famous scene from the movie “Mean Girls” as she said:

Remember that time in the movie mean girls where everyone rallied up their personal stories about Regina George? Yeah that was a movie made about girls In high school. But here we are on Twitter in 2020. I think everyone can do a little better than this.

Kiera Hogan replied to her girlfriend’s tweet about Blanchard’s situation being like Mean Girls. Yes, they are all adults, but everyone needs to learn how to evolve.

Im saying though, we are all adults and we all make mistakes. It’s our job as humans to learn, grow up and evolve.

Tessa Blanchard is still slated to battle Sami Callihan at Impact Wrestling’s Hard To Kill pay-per-view. It will be very interesting to see how the company handles the booking of that match.

Blanchard has been chasing the title for a very long time and her story is presumably set to reach its destination. Just one day before she was set to win the title all of this information came to light so it’s anyone’s guess what Impact Wrestling has planned now.