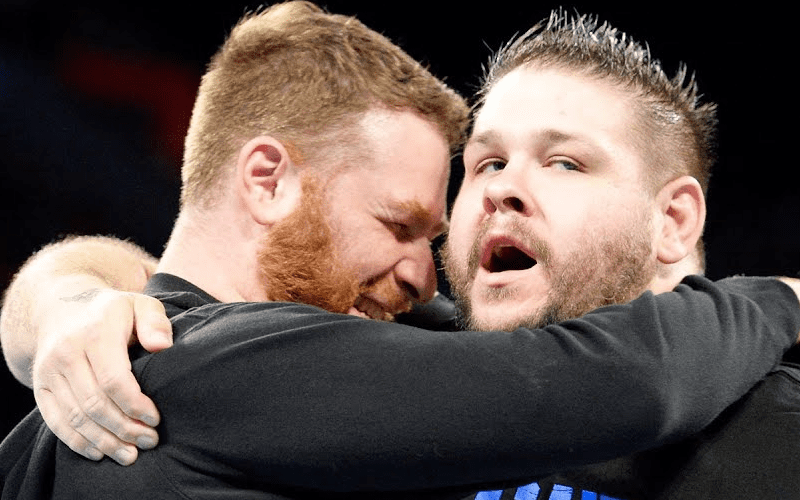 Kevin Owens and Sami Zayn go back years. Their friendship started way before coming to WWE as the two racked up many miles on the road and hours in the ring.

Owens and Zayn communicate often and sometimes Sami will even try to be a comedian. This time it didn’t work and Owens was more than happy to tweet out the conversation he had with his old buddy with a joke that fell flat.

Me: “Dwight is my favorite cat, I think.”

Sami: “What I like about Dwight is he follows you.”

Me: “Yeah he follows me everywhere.”

Sami Zayn replied back saying: “Can’t a man tell a bad cat joke in the car anymore without the masses hearing about it? What is this world coming to?” Apparently, they can’t because Kevin Owens tweeted that out.