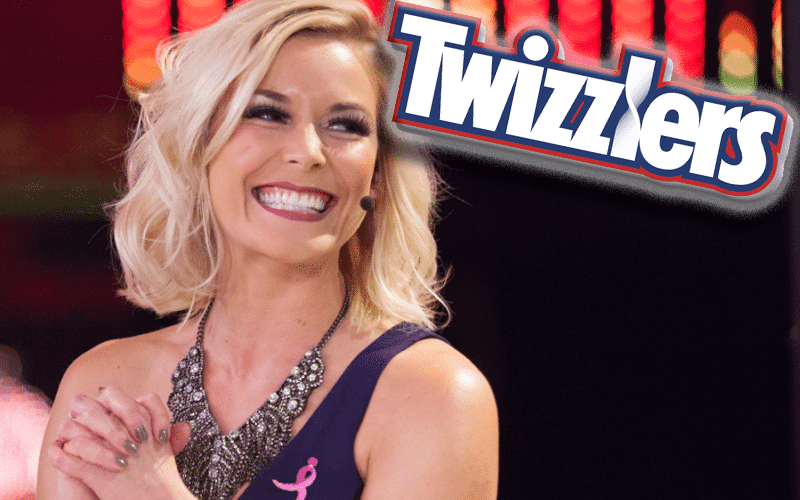 Renee Young loves getting care packages in the mail and now it looks like she can expect a box from Twizzlers very soon thanks to a smart social media maneuver.

Joey Ryan and Renee Young apparently have “licorice heat.” Ryan is a fan of Red Vines, but Young can’t betray her Twizzlers.

The King Of Sleaze tweeted out saying: “Everyone has heat with everyone in wrestling these days. I don’t get it. The only person in wrestling who I truly hate is myself.”

The WWE Backstage host replied saying: “We have licorice heat.” This was followed by Ryan taunting Young with a photo showing him surrounded by a ton of Red Vines products.

Young tweeted back saying: “I love @TWIZZLERS but I don’t have a cool photo of me with ALL of their products.” Then to her surprise, she received a reply from the official Twizzlers account. It’s a good thing Renee Young tagged them in her post.

What?! Well that’s not okay with us! Send us a DM and we’ll help you make an epic photo

Renee Young is all about taking a Twizzlers PR photo for some free candy. She replied back saying that they can’t let Red Vines win this one.