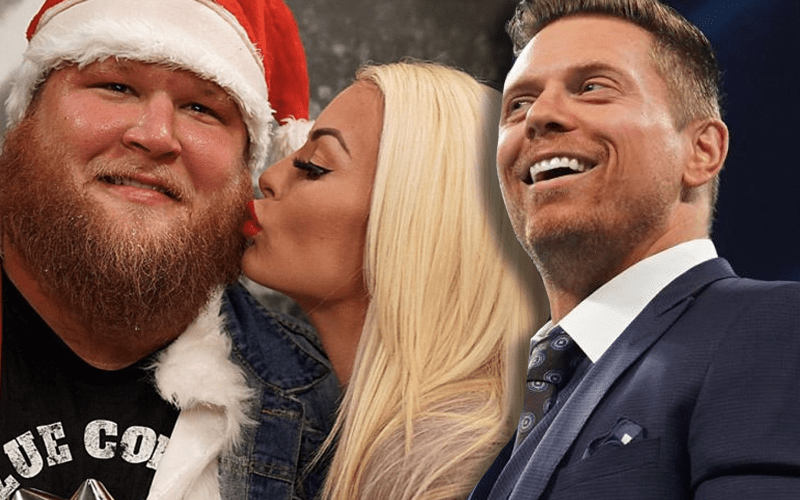 Otis has captured the imagination of the WWE Universe. Along with his tag team partner Tucker, Heavy Machinery are all about steaks and weights and blue collar work ethic. The Miz is also a big fan.

While appearing on WWE Backstage, The Miz revealed that Otis is his favorite part of WWE programming.

“Do you know what my favorite thing on TV is right now? Otis and Mandy Rose. I swear to you any time I see Otis on TV it just makes me smile. I just can’t help but laugh and there’s so much charisma — there’s a charm, yeah and then him with Mandy Rose it’s like when he said something along the line of like when she said ‘How you doing?’ he’s like: ‘How’s Dolph Ziggler?’ And I was like Oh my god! [laughing]”

Otis is obviously gaining some attention on the main roster. It only took a year to get on track for Heavy Machinery. We’ll have to see where Mandy Rose and Otis’ romantic comedy angle heads next, but The Miz is a fan.