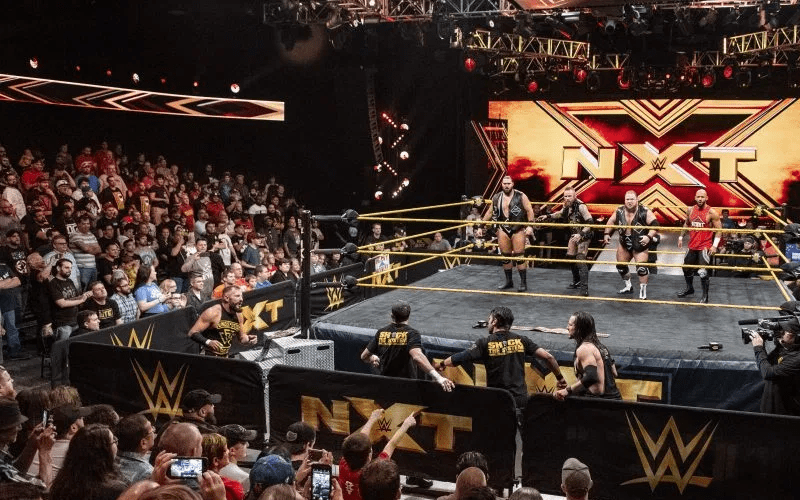 WWE put a special focus on NXT in 2019. Their show is now live on the USA Network every Wednesday night. They are no longer taping blocks of episodes at once. Now it’s live and everything changed.

While on WWE The Bump, WWE Performance Center coach and NXT producer Steve Corino appeared to surprise Kevin Owens. The two have a long history together and are still good friends.

Corino knows how NXT used to operate as they filmed four weeks worth of television in one night. Now that they’re live on the USA Network it is “nonstop,” but he remarked about how fast the time flies.

“The energy is amazing. There’s nothing like live television. In the past we used to tape four weeks at a time, but now it’s every Wednesday you’re on and it’s the quickest two hours of my life. From 8 to 10 it’s nonstop and it’s great and exciting and in the end I know everyone in the production staff we’re exhausted, but we’re exhilarated and watching the talent grow and being legit Superstars out there is just amazing and I’m so happy to be a part of it.”

There is a lot going on behind the scenes to make sure that a live television show goes smoothly. It’s not always perfect, but the amount of times they get it right is also very impressive.

Steve Corino is excited to be a part of NXT as he influences even more careers like he already has for guys like Kevin Owens.